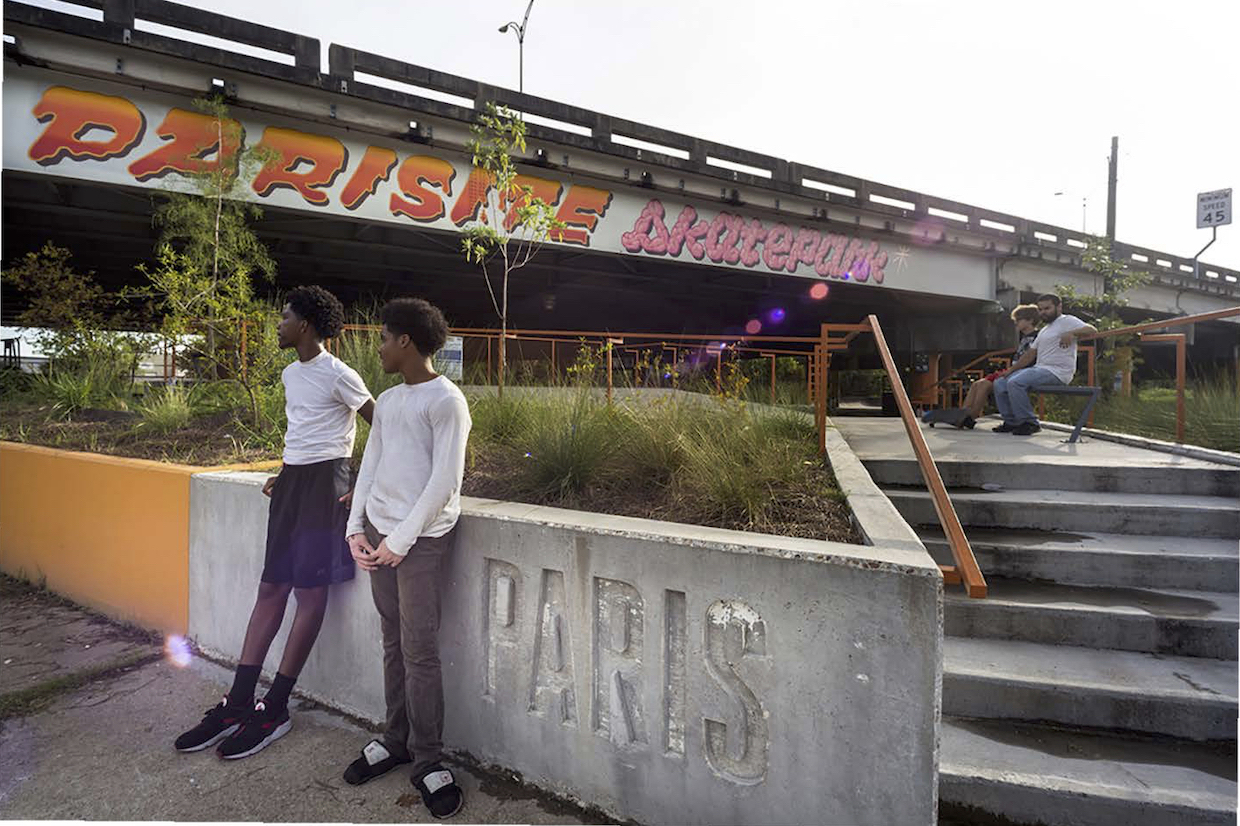 In New Orleans, Skateboarding Youth Partner with a Community Design Center to Create a Skate Park Under a Highway Overpass

In 2010, a group of young skateboarders, seeking an alternative to the city’s uneven streets, initiated a makeshift DIY park using found materials on vacant land near the intersection of New Orleans’ Interstate 610 and Paris Avenue. When the popular park was subsequently removed due to safety concerns, the skateboarders reached out to the Albert and Tina Small Center for Collaborative Design at Tulane University School of Architecture for technical assistance and design expertise to help craft a replacement.

In 2014, the Center’s staff, faculty, and students from Tulane collaborated with the skaters, public agencies, a structural engineer, and a landscape architect to realize a new skate park on land adjacent to the previous park. Two 14-week-long design-build studios led to the development of a phased master plan for an urban landscape that features surfaces and elements desirable for skaters and non-skaters alike. The design also includes a landscaped edge to manage stormwater runoff and future expansion space.

Opened in 2015 with a ceremonial 40-foot “Reuben cutting” by Mayor Mitch Landrieu, Parisite Skatepark includes a defined entrance at Paris and Pleasure Streets, landscaping, and colorful artwork spanning the highway superstructure above it. A handicap accessible ramp leads to a viewing platform and seating that overlooks the park and surrounding neighborhood. Inside, concrete and wooden ramps offer a variety of skating experiences. Interpretive signage highlights the perimeter rain gardens, which collect and filter runoff from the highway.

Working in concert with the city through engaged and thoughtful design, urban voids can be capitalized on to transform them from perceived public nuisance to public amenity.