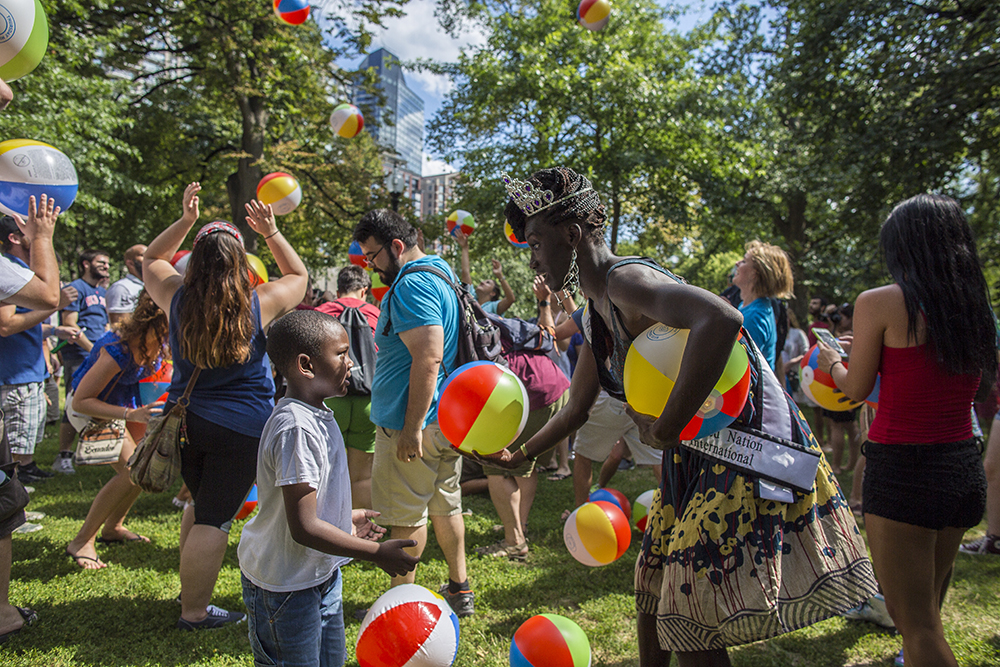 In the three most recent sessions, speakers from cities across the country including Boston, Chicago, Houston, Philadelphia, San Francisco, and Santa Fe, New Mexico, addressed the power of writing, art, and dialogue in creating inclusive and resilient urban places. They reinforced key themes that emerged in prior sessions on Planning Equity, Engaging Communities via Food and Education, Building Equity with Housing and Parks, and Addressing Climate Change, Homelessness, and Social Equity about the influence of history, culture, and leadership, and the importance of community engagement, collaborative partnerships, and design thinking.

In Cultivating Dialogue about Urban Development, Opinion Columnist and former Editorial Page Editor of the Boston Globe (and former editor of ArchitectureBoston) Renee Loth, Houston Chronicle Op/Ed Editor Raj Mankad (and former editor of Rice Design Alliance Cite), and Philadelphia Inquirer Architecture Critic Inga Saffron discussed the role of writers, writing about architecture and design, and the shift of critical attention away from individual buildings to the process of development, and from urban centers to distinct neighborhoods, as well as concerns about equity and gentrification.

Loth observed that “architecture is the lens through which we view our larger culture” and that “dialogue for the public, not the powerful, takes time and sustained attention.” She described her efforts to frequently publish opinion pieces, host public forums that foster understanding of the role of the built environment, and encourage engagement in the “long and difficult process” of planning for projects such as Boston’s Rose Kennedy Greenway.

Mankad discussed the roles of history, civic dialogue, and race in shaping Houston’s ongoing urban efforts. He traced the inspiration for Buffalo Bayou Park (2019 RBA Silver Medalist) to a 1912 visionary proposal for a bayou-based park system that wasn’t realized until the Rice Design Alliance produced a series of articles, design competitions, and forums that catalyzed public interest and the creation of the nonprofit Buffalo Bayou Partnership to advance it. Although the park and more recent efforts including the Bayou Greenways Initiative are expanding the city’s network of parks and public amenities while increasing resiliency, predominantly lower-income and minority communities continue to suffer from flooding and a lack of resources due to historical segregation and disinvestment.

Saffron reflected on Philadelphia’s “profound transformation” and the impact of two decades of  writing weekly urban development columns, a selection of which are included in her book Becoming Philadelphia: How an Old American City Made Itself New Again. She observed that “advocacy is a long game; you don’t change minds overnight,” describing how her writings along with a five-part development proposal series for Penn’s Landing precipitated a citizen-led planning effort for the new Park at Penn’s Landing, which reconnects the city center with the Delaware River.

In Cultivating Creativity and Community with Arts and Culture, PROYECTO development consultant Daniel Hernandez highlighted the role of art, cultural institutions, and memory in creating vibrant places where people converge, citing Bryant Park in New York City, Watts Tower in Los Angeles, and Millennium Park in Chicago (2009 RBA Silver Medalist) as examples. He reflected on the importance of acknowledging and addressing the history and culture of places—including the attendant struggles, tensions, and victories—in the development process, as “places hold memory, and memories have value.”

Yerba Buena Center for the Arts (YBCA) CEO Deborah Cullinan shared the story of the four-decade development and ongoing evolution of Yerba Buena Gardens in San Francisco (1999 RBA Gold Medalist) as an inclusive, mixed-use urban space and downtown cultural district. She emphasized the importance of artists and cultural programming—like YBCA’s Market Street Prototyping Festival and the San Francisco Creative Corps—in activating places to “incubate possibilities.” She noted the importance of seizing crucial moments—such as now—for action, along a willingness to wrestle with challenges and create the “invitation and conditions that allow change to happen.”

Santa Fe Art Institute (SFAI) Executive Director Jamie Blosser echoed the importance of memory and history. SFAI is collaborating with Hernandez and the City of Santa Fe to create a vision for Midtown Santa Fe, the redevelopment of a 64-acre site that includes a Visual Arts Center designed by architect Ricardo Legorreta, into an inclusive community anchored in arts and creativity grounded in the site’s history. The organization partnered with local artists to curate programming including Recentering Santa Fe and the Tilt Podcast “Unsettled Series,” and to craft a land acknowledgment to identify, honor, and preserve community memories and values.

Boston Chief of Arts and Culture Kara Elliot-Ortega and King Boston Executive Director Imari Paris Jeffries noted recent changes in the city’s mayoral and philanthropic leadership that signal potential for an increased focus on arts and culture and addressing the legacy of racism. Elliot-Ortega described successful efforts to embed arts and culture in planning via implementation of Boston Creates, the city’s cultural plan, but noted the need for infrastructure to fund its realization and to ensure “equitable on-ramps” to participation.

Paris Jeffries noted the role of Black churches “as art institutions, places of learning, and sources of moral development and intellectual stimulation,” and suggested the potential for the arts to be “an igniter for social justice.”

In Planning for Equity, Chicago Commissioner of the Department of Planning and Development Maurice Cox observed that while “downtown is the heart of the city, the neighborhoods are its soul,” and emphasized the importance of balancing large- and small-scale investment in cities. He described how Mayor Lori Lightfoot’s INVEST South/West initiative is making strategic catalytic investments in Chicago’s predominantly African American South and West Sides, ensuring new development is driven by and benefits existing residents and businesses through inclusive planning and development.

Lifelong South Chicago resident and social justice artist Tonika Lewis Johnson explained how her artistic practice and experience as co-founder of the Residents Association of Greater Englewood and Englewood Rising Billboard Campaign inspired the creation of the Folded Map project. The initiative invites pairs of “map twins”—people living at the same street address on the North Side and the South Side of the city—to meet as a way of promoting dialogue and understanding about the economic, racial, and social disparities that result from segregation and redlining.

The Boston Public Library’s Normal B. Leventhal Map & Education Center Curator of Maps and Director of Geographic Scholarship Garrett Dash Nelson commented on the ability of maps to “tell stories” and the “power of the city to shape and direct investment to create gathering spaces.”

Cox emphasized the need for government to align with communities’ cultural assets and human resources to build relationships and to embed planners within these locales to help make connections. Johnson agreed, offering that initiatives like INVEST South/West illustrate “what can happen when you create opportunities to amplify a community’s existing resources and talent.”

Next month, our final post will highlight observations and lessons learned from our 14-week Inspiring Design series, including a discussion with Northeastern University Kitty and Michael Dukakis Center for Urban and Regional Policy Director and Myra Kraft Open Classroom facilitator Ted Landsmark.

This post was originally published by Metropolis as part of a series hosted in partnership with the Northeastern University School of Public Policy and Urban Affairs and the Kitty and Michael Dukakis Center for Urban and Regional Policy as a part of its 2021 Spring Myra Kraft Open Classroom, Inspiring Design: Creating Beautiful, Just, and Resilient Places in America explores the role of design in cities. The series is presented in partnership with the Association of Architecture Organizations and the Association of Collegiate Schools of Architecture.

Anne-Marie Lubenau, FAIA, is the director of the Rudy Bruner Award for Urban Excellence at the Bruner Foundation in Cambridge, Massachusetts. An architect, educator and writer, she is an advocate for engaging people in design of the built environment and increasing awareness of its impact on our lives. She contributes regularly to national and international publications and forums on design and urban development and is a member of the Boston Civic Design Commission, Harvard GSD Alumni Council, and the Association of Architecture Organizations board of directors. She holds a BArch from Carnegie Mellon and was a 2012 Harvard Loeb Fellow.