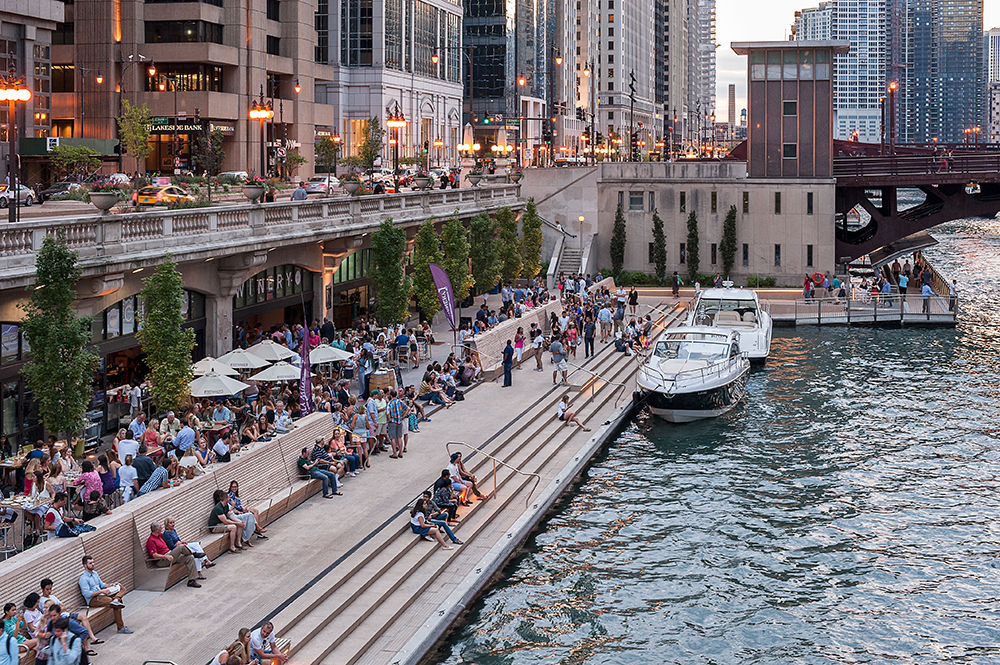 The popular new public space, a finalist for the Rudy Bruner Award for Urban Excellence, is part of Mayor Emanuel’s “Building on Burnham” initiative.

After touring the Bruce C. Bolling Municipal Building in Boston, our team wrapped up our site visits to the five finalists for the 2017 Rudy Bruner Award for Urban Excellence (RBA) with a trip to Chicago. There we explored Chicago Riverwalk Phases II and III, a new pedestrian park providing access to the river and waterfront amenities.

Located in the heart of downtown Chicago, just north of Millennium Park (a 2009 RBA silver medalist), the $95.5 million project, completed in 2016 by the City of Chicago, transformed a series of barren concrete arcades along the river into vibrant public space. “For far too long, the riverfront was a forgotten part of our city, but we have reclaimed this space to create the Riverwalk and transform the river into Chicago’s next great recreational frontier,” says Mayor Rahm Emanuel.

First envisioned as part of Daniel Burnham’s 1909 Plan of Chicago, the Riverwalk is part of Emanuel’s Building on Burnham initiative to invest in natural and recreational opportunities in neighborhoods citywide. Now referred to as its “second waterfront” (after Lake Michigan), it has become a popular place to walk, dine, and take in Chicago’s world-renowned architecture. 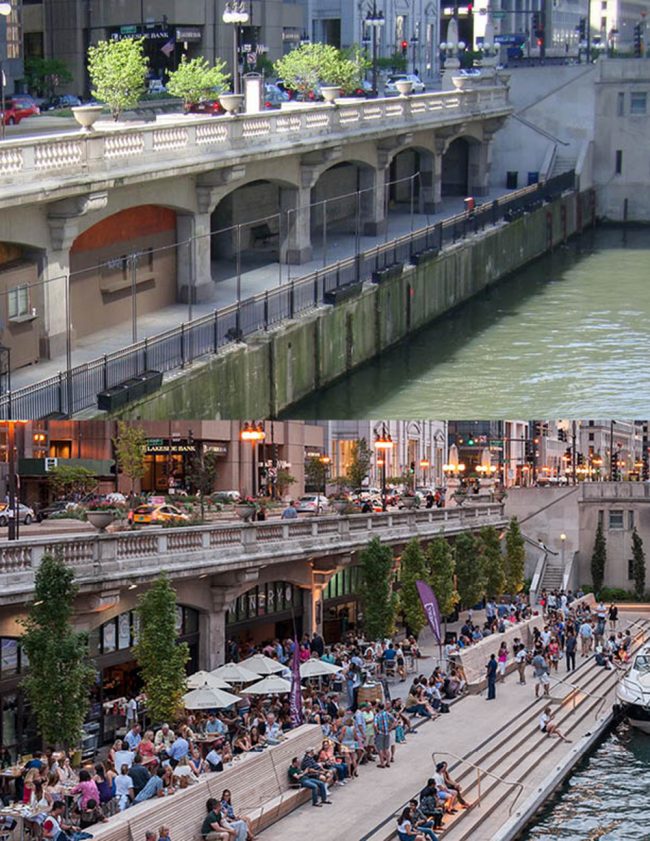 The design of the 3.5-acre project was a collaboration between locally-based Ross Barney Architects (designer of Phase I completed in 2005) and Sasaki from Watertown, Massachusetts. It provides continuous pedestrian access along the south bank of the river from the confluence of its north and south branches to Michigan Avenue, where the trail continues on to Lake Michigan. The park was created within a narrow build-out area between lower Wacker Drive and the river, navigating complex marine and urban conditions including infrastructure, flood resiliency, and substantial vertical grade changes. 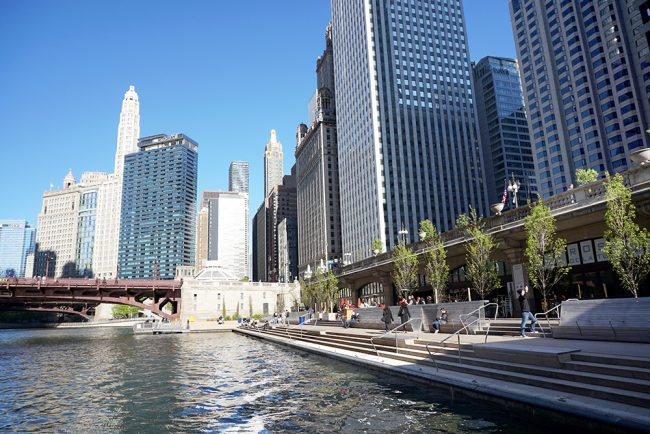 Now referred to as the city’s “second waterfront,” the Riverwalk has become a popular place to walk, dine, and take in Chicago’s world-renown architecture.
Courtesy Bruner Foundation

The Riverwalk is one of a series of recent additions to Chicago’s park system plan, including the 606 and Maggie Daley Park. It’s also part of broader planning initiatives including the Metropolitan Planning Council’s (MPC) Our Great Rivers vision and the Urban River Edges Ideas Lab, a partnership between the City of Chicago and MPC that is engaging leading architectural firms in developing concepts for additional riverfront development.

Open less than a year, the Riverwalk has become a source of pride for Chicagoans and a popular destination for office workers, residents, and tourists. Revenues have exceeded projections for its food and beverage vendors, and the park is creating a new cache for riverfront addresses, including a recently approved 51-story Bank of America tower and a $27 million Apple store under construction. Emanuel summarizes: “Building on Daniel Burnham’s vision, the riverfront investments are increasing river access and turning the waterfront into a magnet for both recreational opportunities and economic growth.” 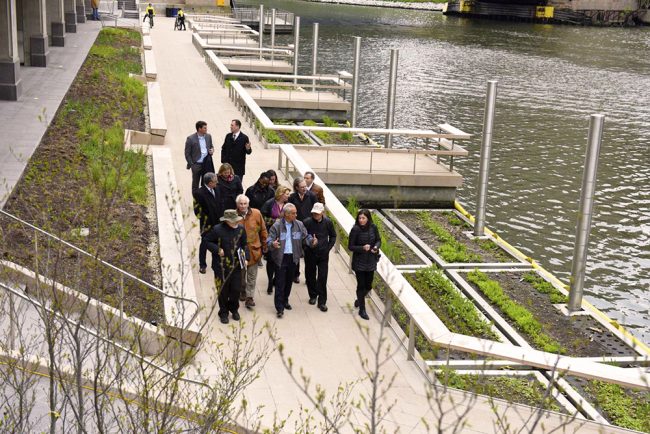 Mayor Rahm Emanuel discusses his vision for the waterfront during a tour of the Riverwalk. 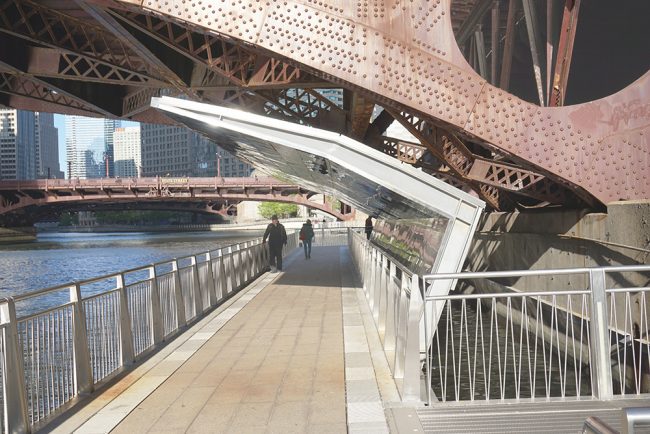 A series of reflective under bridge passages link the project’s five distinct “rooms.”