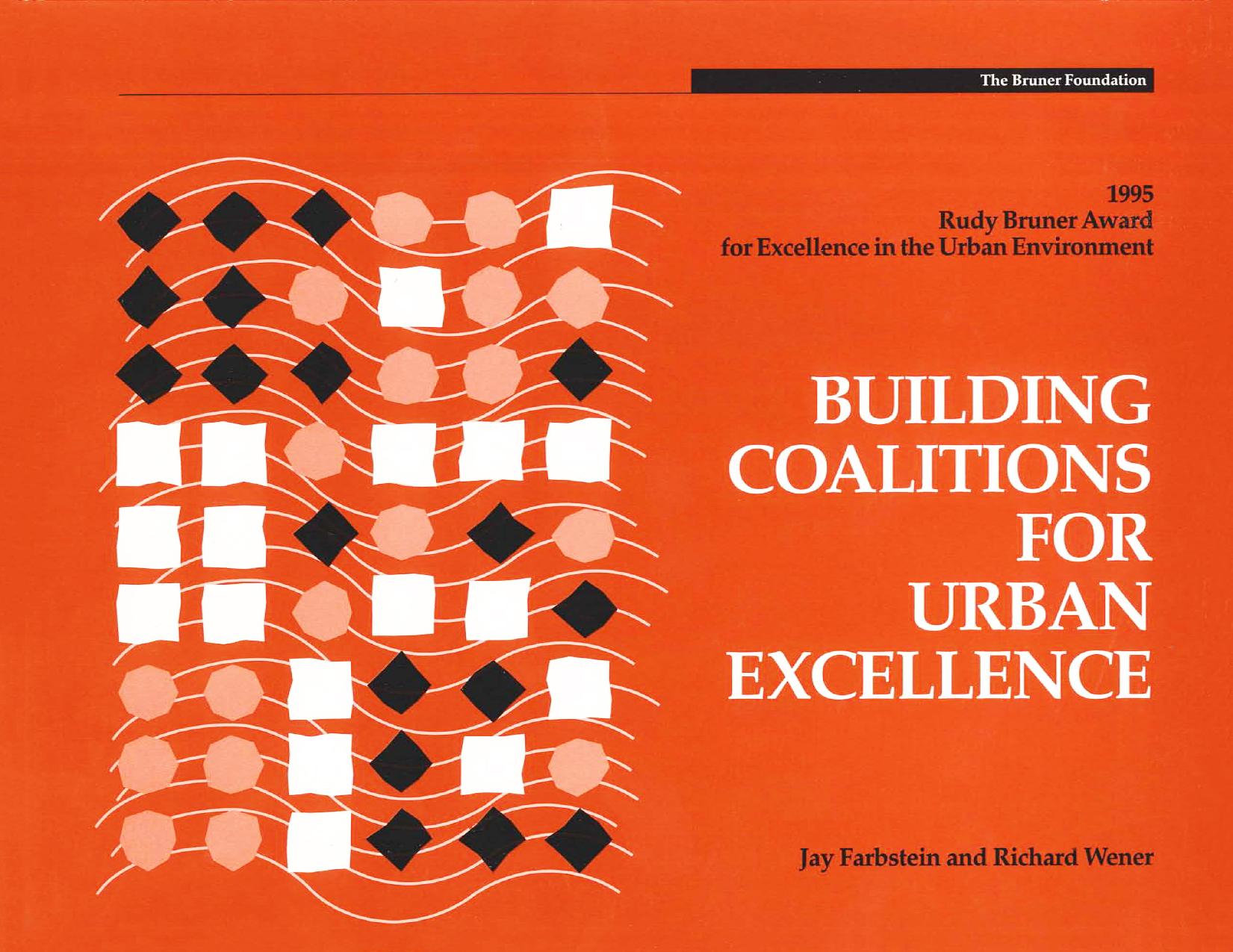 The theme that emerged from the 1995 cycle, building coalitions, is demonstrated in a variety of ways by the winners. Creating urban excellence requires the participation for many entities and many actors. City Agencies and elected officials, for-profit and community developers, neighborhood action groups, financial institutions, and many others play a role.

RBA winners have in common a perspective that focuses on the community as a unity, working from the ground up to create excellence by building on strengths and resources rather than focusing on only problems.