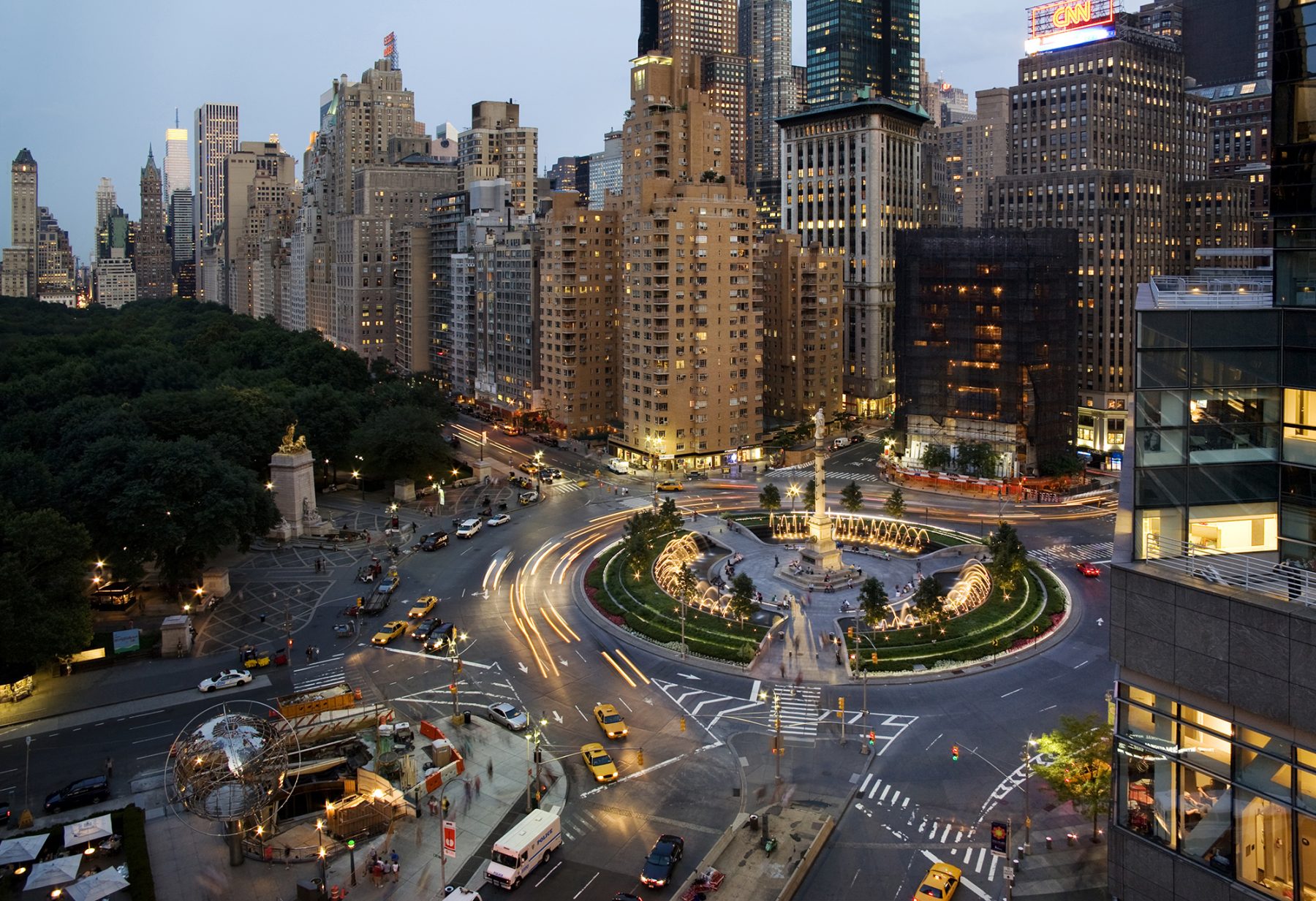 Columbus Circle Public Plaza redesigned the historic traffic circle on the southwest corner of New York City’s Central Park to ease traffic congestion and create a new park. Plagued in the past by traffic bottlenecks, the circle now offers organized and safe traffic flow and a small park that is a destination of its own. Indeed, the circle is a safe haven in a busy intersection. A walkable fountain encircles the park and helps muffle the sound of traffic, and a ring of benches and gardens add to the plaza’s welcome. A 225,000-square-foot transportation hub beneath the circle accommodates subway transit at a major transfer station, and the 40-foot-high marble monument to Christopher Columbus now towers over the public in a new context that enhances the plaza’s thriving atmosphere.

Columbus Circle Public Plaza did an outstanding job transforming a desolate urban traffic island into an inviting, animated, and beautiful public open space which has become a new destination.

Despite the plaza’s new popularity, its careful design allows it to function first as a transportation resource that can move 60,000 cars per day through a complex intersection. With a vista that organizes districts above and below, Columbus Circle symbolically, socially, culturally, and programmatically makes a difference in the urban landscape.