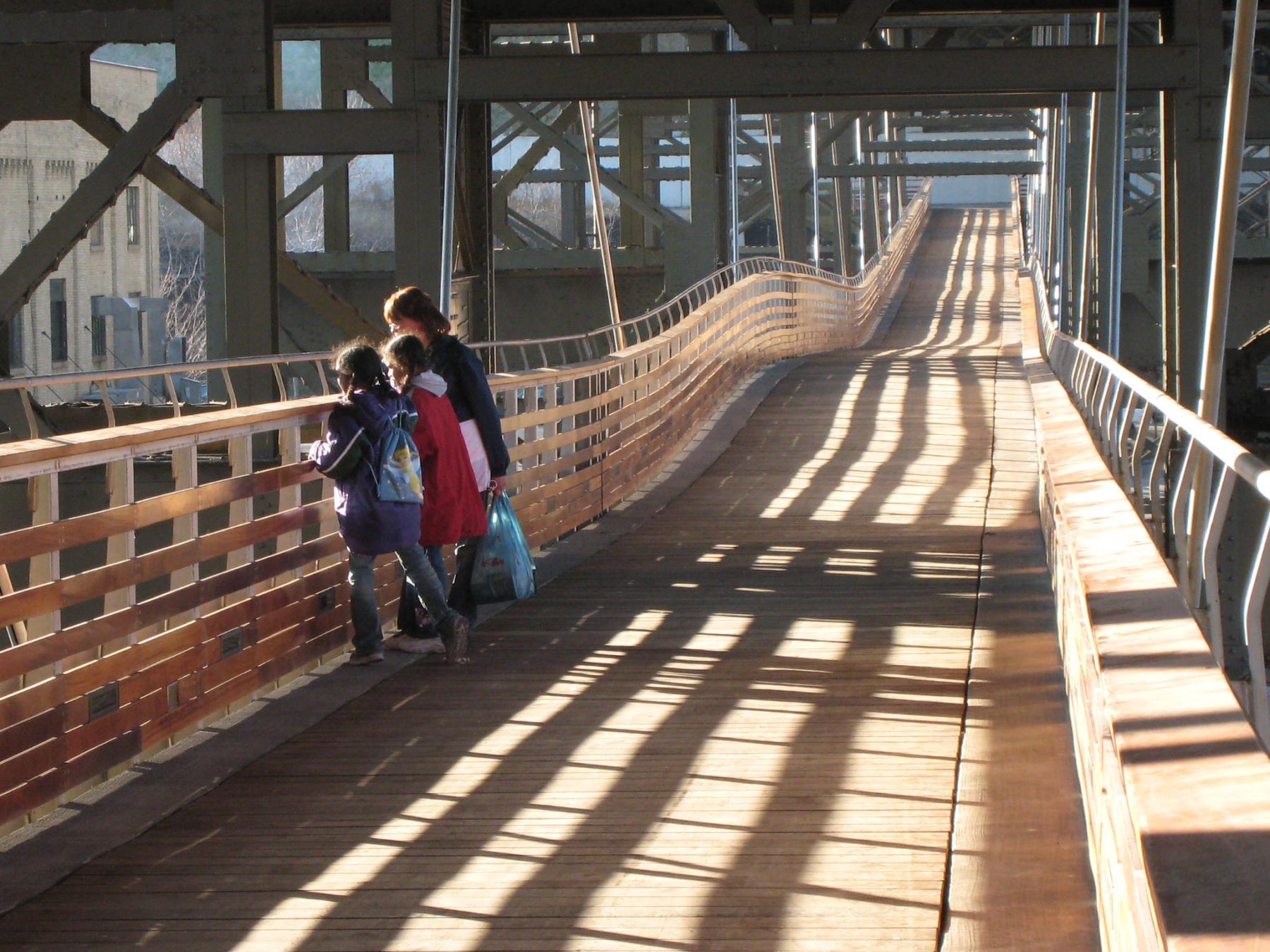 The Crossroads Project and Marsupial Bridge in Milwaukee transformed a historic bridge to create a pedestrian walkway and urban plaza reconnecting communities. The $3.2 million infrastructure project exemplifies excellence in reusing “left-over” spaces to revitalize a community. Built below the deck of the historic 1925 Holton Street Viaduct, the Marsupial Bridge (so named because it resembles a pouch) connects the neighborhoods on either side of the river with a pedestrian and bicycle path. A new bus shelter and plaza serve as a gateway to the project, and another plaza replaces a crime-ridden under-bridge space with a safe and attractive venue for gatherings, art installations, and public use. Together these components have helped to revitalize the communities on both sides of the bridge, allowing residents to walk or bike to restaurants, merchants, and services across the river. The bridge also creates a new link in Milwaukee’s extensive bike trail system.

The Crossroads and Marsupial Bridge project is significant for the quality and inventiveness of its design and for addressing a much neglected issue: the state of repair and functionality of urban infrastructure.

The Crossroads Project offers a new model for the use of interstitial spaces found in cities across the country. It also required extensive repairs to the viaduct, setting an important precedent for restoration and design quality in the urban infrastructure of the city.