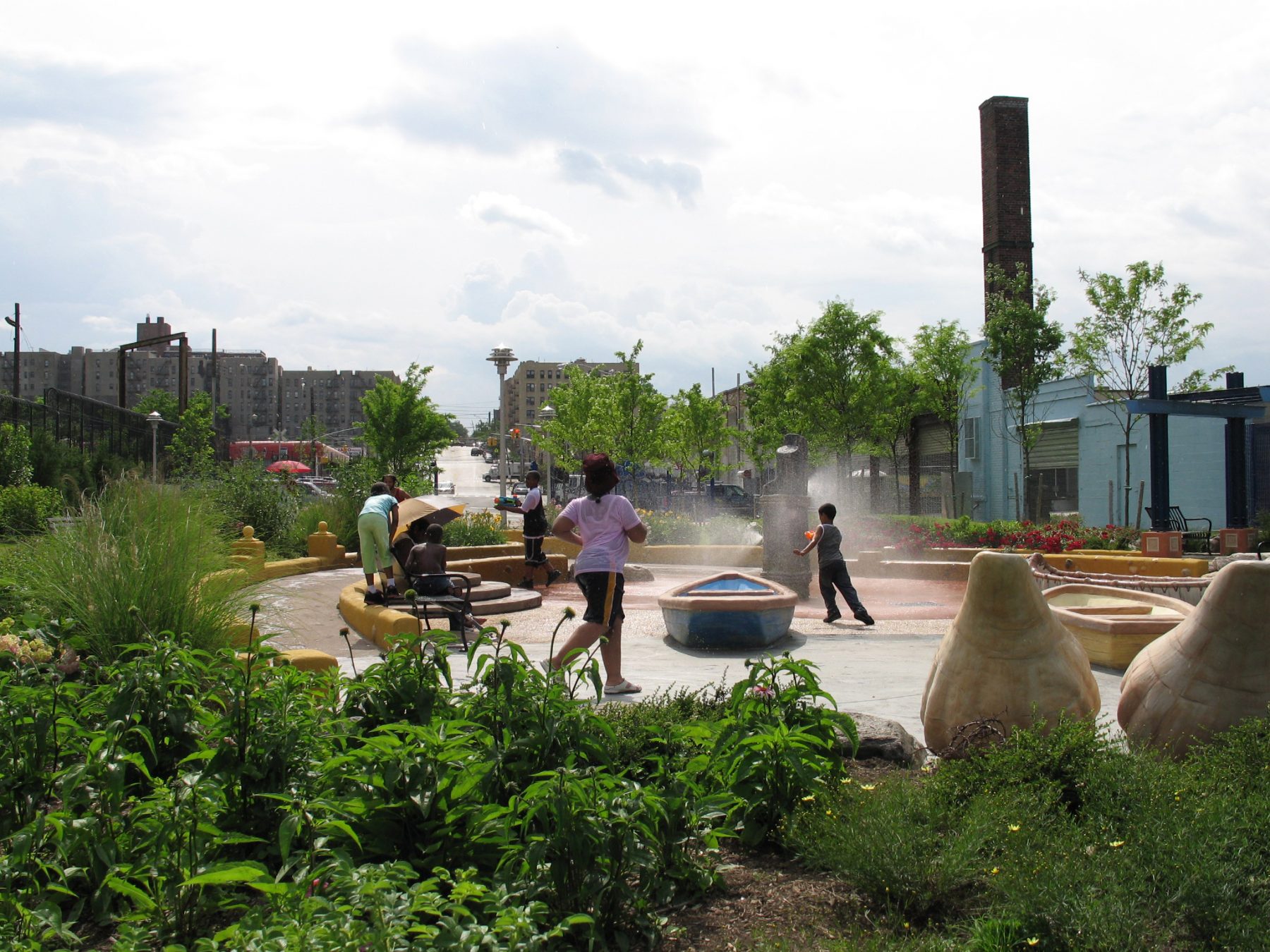 Hunts Point Riverside Park cleaned up a polluted section of the Bronx River to create a recreational waterfront park connecting to the Bronx River Greenway. A former illegal dumping ground in a degraded industrial neighborhood, the park is now a riverfront oasis with safe access to the river for the first time in over 60 years. There’s a new pier for fishing and a kayak and canoe launch, and the playground offers a canoe fountain so kids can safely play in water on hot days. The expansive green oval and amphitheater offer space for community gatherings and youth programs. The park is a model for ongoing land recovery efforts and is part of the first stage of development of the Bronx River Greenway, which will connect communities along the river to the water and each other (and eventually the other boroughs).

The park was created through a remarkably community-driven process, involving residents and multiple community organizations from the start. It was the first new public park in Hunts Point in decades, emphasizing the importance of creating recreational opportunities on the river and reversing decades of deterioration in the neighborhood. Once contaminated by industrial runoff, the river is now a visible and vibrant part of community life, with a restored wildlife habitat that serves as a symbol of the Bronx River’s rebirth and growth of the greenway.