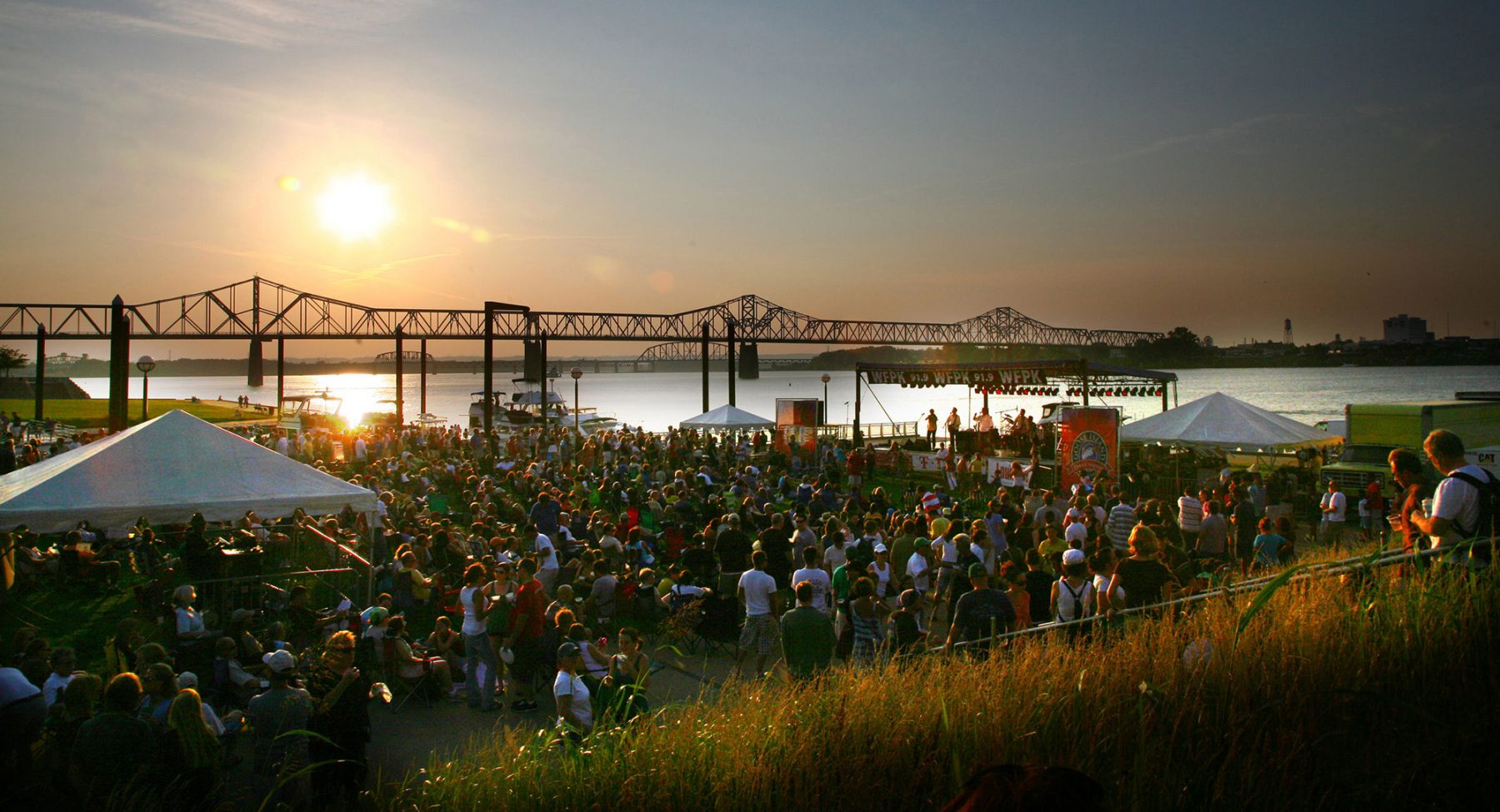 A reclaimed waterfront park reconnecting the city with the river

Louisville Waterfront Park in Kentucky is a reclaimed 85-acre riverfront park that reconnects the city with the Ohio River and spurred significant investment in the district. The project transformed industrial land marred by past construction into a riverside park and that is now the gateway to the city and attracts 1.5 million visitors per year. There are a variety of informal and organized activities including festivals, concerts, fireworks and special events along with riverside restaurants and a boathouse and marina. The landscaped areas around a central great lawn include a series of linked spaces with performance venues, playgrounds, picnic areas, two marinas, and trails decorated with public art by local artists. The park has sparked an estimated $1.3 billion investment in the Waterfront District, including residential apartments and sports arenas, providing a sustainable future for the space.

The park highlights the importance of public ownership and leadership in developing a project of this scale, providing a model for other post-industrial waterfront cities.

Planning for the $95 million project began in 1986 with the creation of the Waterfront Development Corporation (WDC), a quasi-public agency, to oversee the development of the riverfront. In the public meetings WDC held to solicit input on proposed development—park planners were committed to creating a sense of ownership of the project in the community—residents expressed a strong desire for green space and access to the river. The park provides that and more. It is a truly democratic and unifying space, attracting people from every ethnic and social background and from every neighborhood in the city.