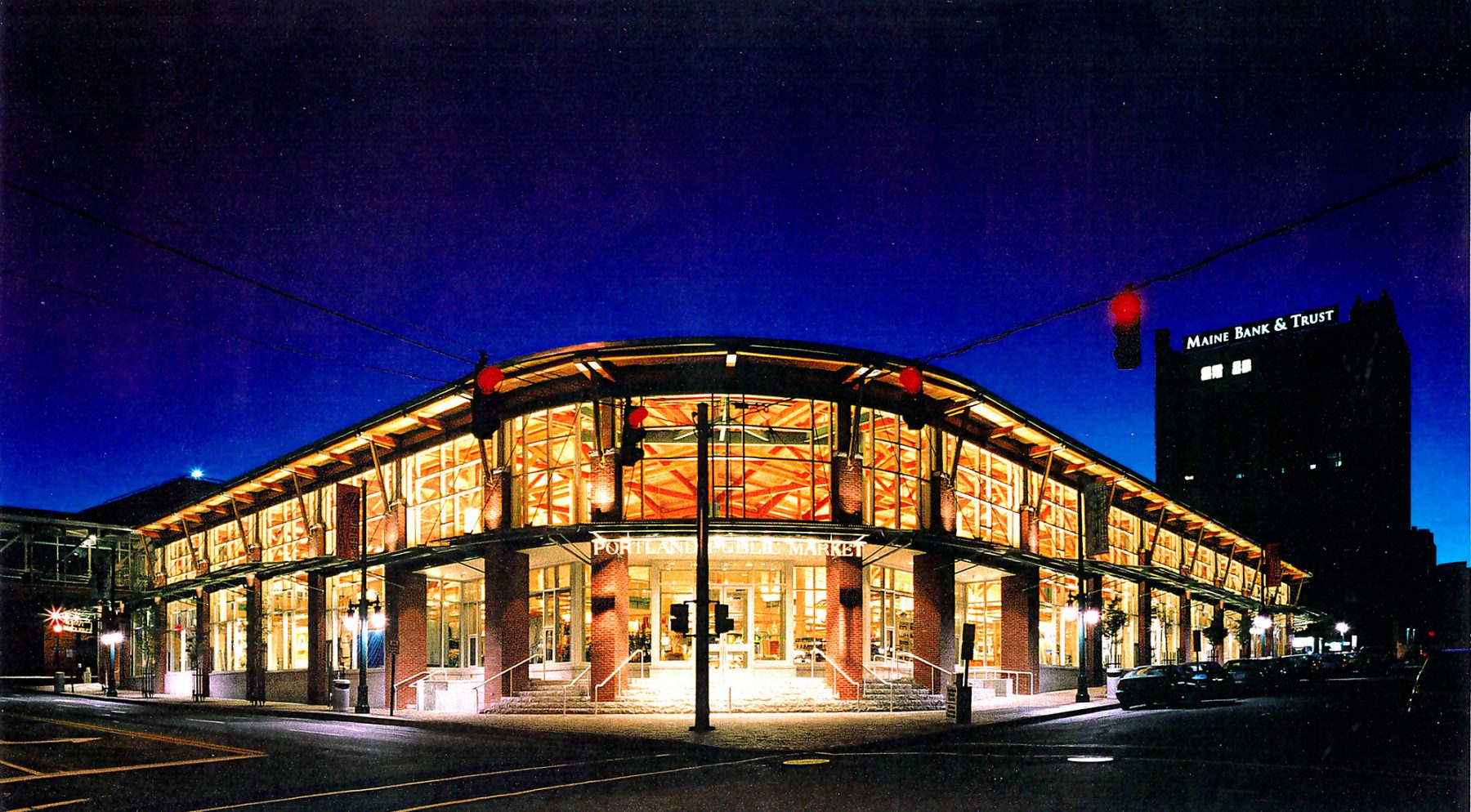 The indoor Portland Public Market in Portland, Maine, featured local products and produce to support small family farms and strengthen the local economy. With room for 28 permanent vendors and eight smaller day tables, the market was built to function year-round and provide a central space for local food producers.

Portland Public Market created a powerful shopper and tourist magnet, which also houses an innovative restaurant run by the clients of a nearby social service provider.

Although it closed in 2006, the market had ambitious goals for revitalizing a marginalized neighborhood and offered a new model for philanthropic intervention in downtown development.

Constructed on the site of an old parking lot on space donated by local philanthropist Elizabeth Noyce, the Portland Public Market was built with local timber and glass and hired only local contractors. It was designed not only to provide a venue for small farmers and independent food producers but also to create an inviting public gathering space that celebrated the local food system. Educational programs such as cooking classes for adults and children supported the goal of encouraging residents to eat fresh and buy locally, and a collaboration with a neighboring soup kitchen resulted in a successful retail soup shop and job training program. The market also became a significant tourist attraction and helped increase traffic at the nearby outdoor market.