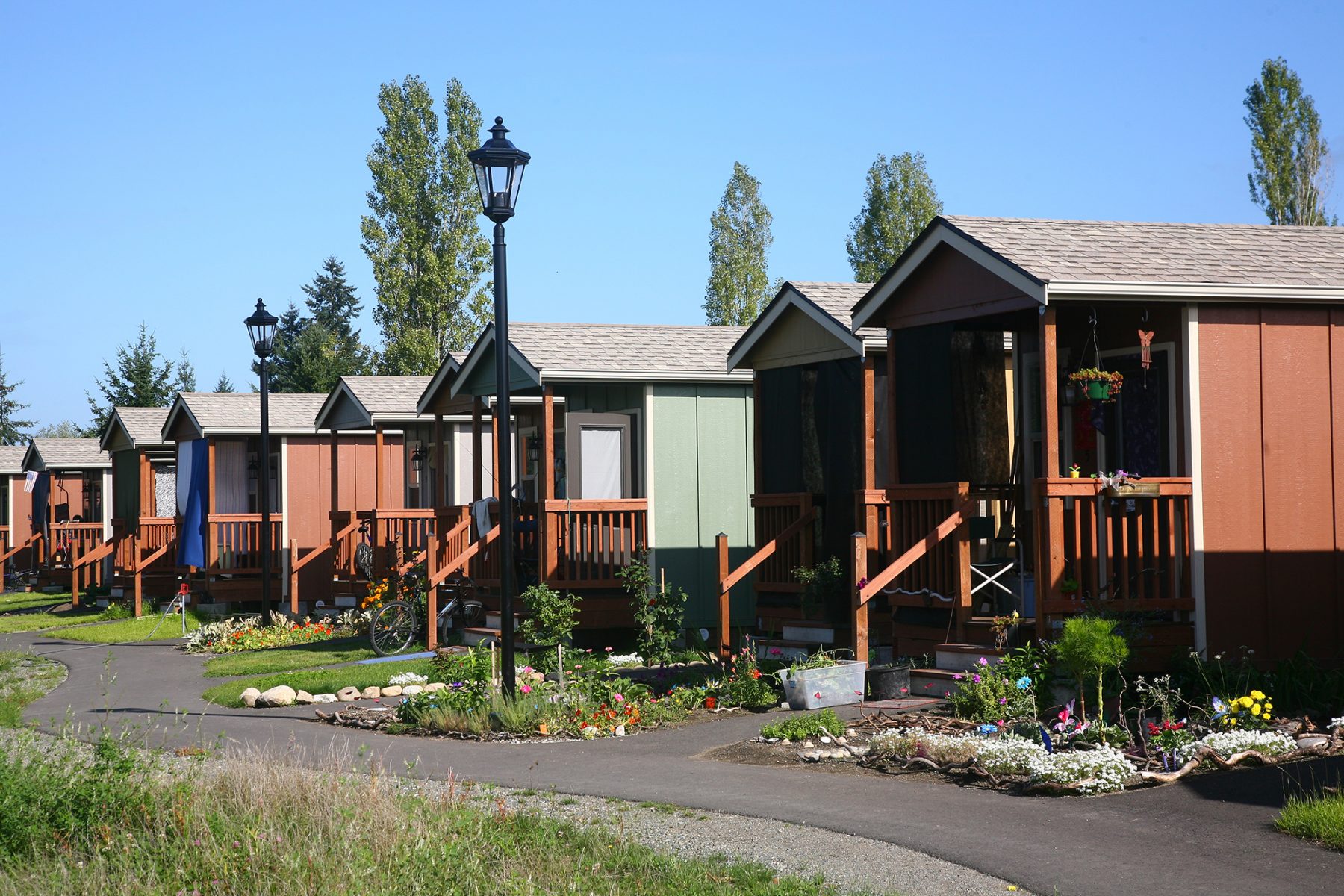 A community of tiny houses developed for—and, in part, by—people who were homeless

Quixote Village in Olympia, Washington, is a low-cost, sustainable community composed of 30 tiny houses occupied by formerly homeless residents. Set on two acres of land donated by the county, the cottages face a central open space and retention ponds, and a 2,640-square-foot community building houses a communal kitchen and gathering room, showers and laundry facilities, staff offices, and a meeting room. Each 144-square-foot house provides just enough room for a single bed, a desk and chair, a half bath, and a closet. Front porches encourage interaction and contribute to the sense of community.

A fascinating project that adapted the tiny house model to create an innovative design solution and changed perceptions about homelessness in the community.

The village emerged from a self-governing tent community that formed in 2007 as a protested against an anti-homeless city ordinance. After the City of Olympia threatened to remove the camp, a local church offered to host the community on its grounds. Over the next seven years, Camp Quixote, as the tent community was called, moved from site to site among local churches with the help of Panza, a nonprofit formed to support Camp Quixote and, eventually, help develop a permanent home for its residents. The “tiny house” idea emerged from a series of workshops with camp residents and Panza members.

Although Panza serves as the legal owner and landlord, residents of Quixote Village have responsibilities and continue to play a significant role in governing the community. A full-time program and facilities manager and a resident advocate provide support for the community including property management, local transportation, and programmed activities, as well as individualized counseling that connects residents with education and employment opportunities, local mental and physical health services, and state and federal government aid.