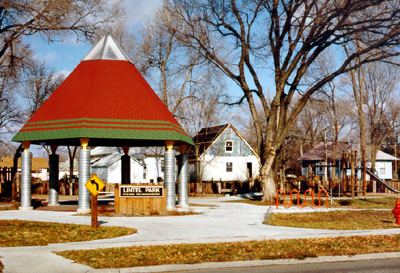 Created on abandoned land once intended for a highway, the Radial Reuse Project is a four-mile linear park that revitalized neighborhoods in Lincoln, Nebraska. Completed in 1992, the project includes 75 acres assembled by the city over three decades for a proposed highway that was never built. The parkway provides needed recreation and open space and has sparked residential and business reinvestment in three of Lincoln’s older inner city neighborhoods.

Lincoln’s ‘Radial Reuse’ project corrects a monumental blunder by city hall through the transformation of a four-mile corridor and offers a powerful lesson in learning how to think and act anew.

After the highway was voted down in 1981, a citizen advisory board known as the Radial Reuse Task Force was formed to develop a plan to repurpose the vacant land. They proposed a new linear park with a bike and walking path that would revitalize adjacent neighborhoods and improve public infrastructure, stimulate private investment, and increase home ownership opportunities for low- and moderate-income families. The project attracted more than $6.4 million in public funding and $17 million in private investment for the park and adjoining neighborhoods as well as programs to foster home ownership and improvement in low- and moderate-income communities.