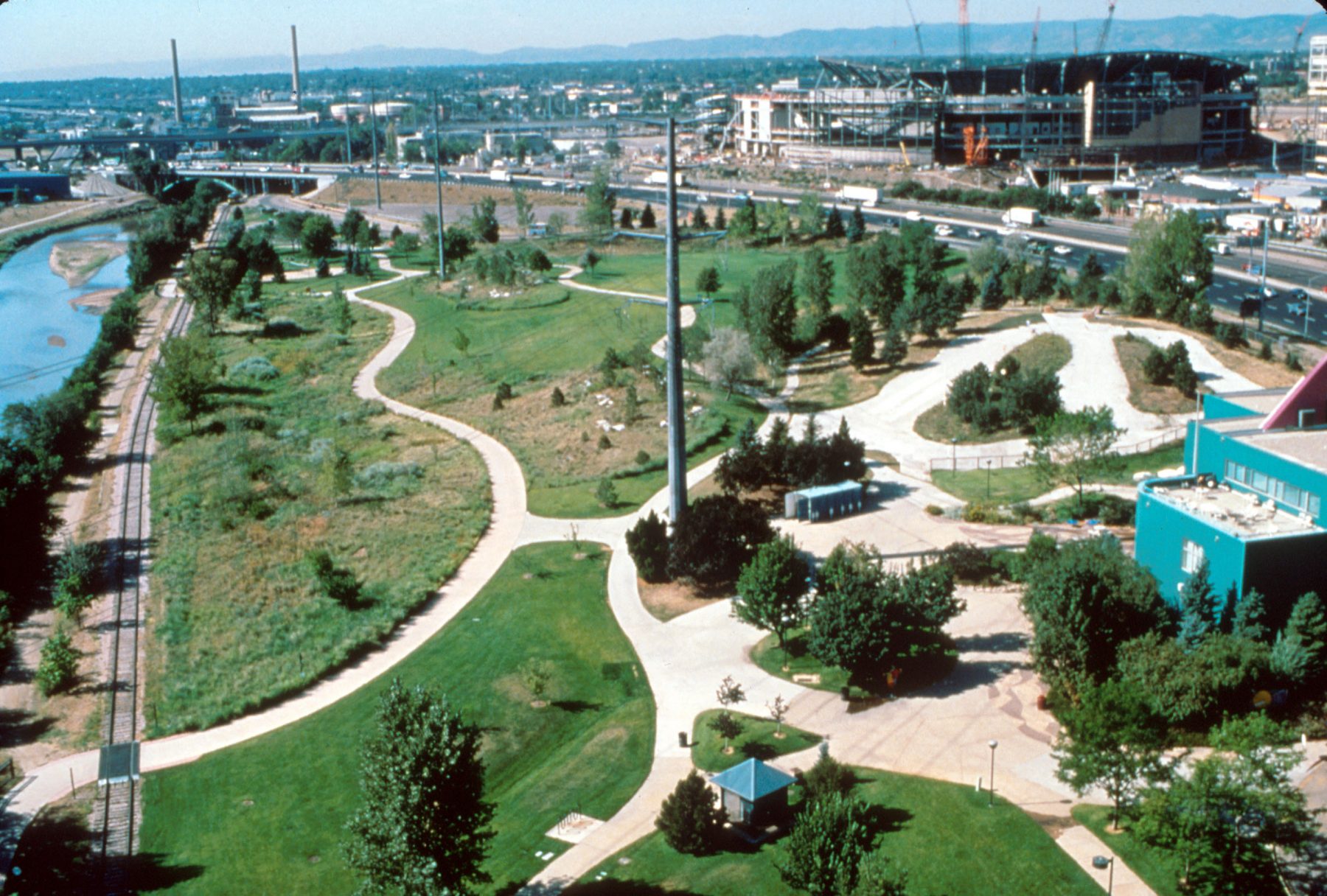 Reclamation of a polluted river to create a recreational greenway

The South Platte River Greenway in Denver is 67 miles of recreational greenway,  restored river and wildlife habitat, and riverfront development. Before the establishment of the Platte River Development Committee in 1974, the river was seriously polluted and unfit for recreational use. The project fully reclaimed the river and its banks and opened them to recreational and mixed-use development, including community parks, continuous biking and hiking paths, and boating as well as residential, commercial, and entertainment venues such as sport arenas, museums, an amusement park, and a mega sporting goods store. Development is balanced with an abundance of open space and preserved wildlife habitat.

This is a 100 year project...It is a big achievement that will help structure this area for a long time to come.

A series of 17 interconnected urban parks connect the city of Denver to the greenway, and educational programs promote stewardship and environmental awareness. A historic trolley runs along portions of the greenway and connects with an urban light rail system for easy access to the area.