After visiting SteelStacks Arts and Cultural Campus in Bethlehem, our Rudy Bruner Award for Urban Excellence team stayed close to home for our visit to the Bruce C. Bolling Municipal Building, a complex integrating community meeting space, retail, transit, and the Boston Public School (BPS) headquarters. More than just an office building, it illustrates the power of public investment to foster neighborhood renewal and civic pride.

Located at the geographic center of Boston in Roxbury’s Dudley Square, the building is directly adjacent to one of the region’s largest transit stations. This once vibrant commercial hub, known as the “Gateway to Boston,” declined as residents and businesses began moving to the suburbs in the 1960s. Developed by the City of Boston, the $124 million civic complex was the vision of the late Mayor Thomas Menino, who vowed that it “would be a catalyst for continued redevelopment, bringing more people and economic life to historic Dudley Square.” 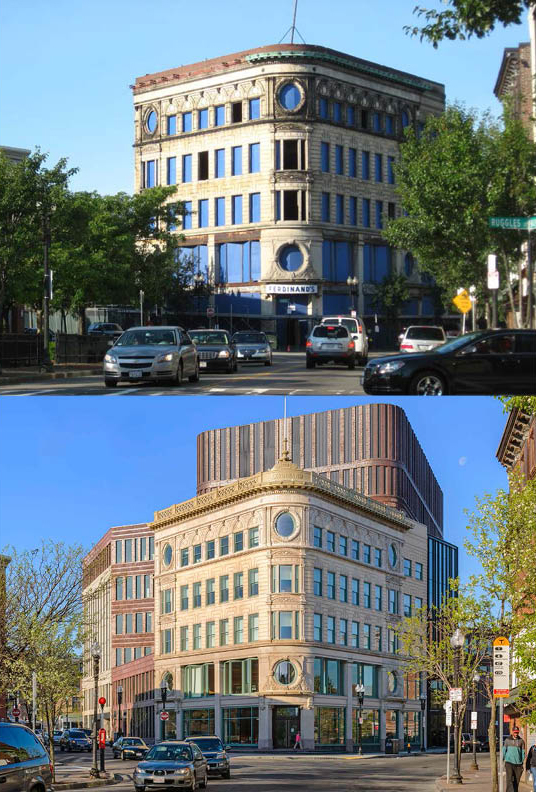 Developed by the City of Boston the complex has become a symbol of neighborhood renewal and civic pride.

Designed by the Dutch architectural firm Mecanoo and Sasaki of Watertown, Massachusetts, the 215,000-square-foot development thoughtfully weaves together new contemporary construction and materials with the facades of three historic structures, including the landmark Ferdinand Furniture store. The complex houses newly consolidated and relocated BPS administrative offices along with theRoxbury Innovation Center. Ground floor retail enlivens the streetscape while community meeting spaces include a rooftop terrace with views to the neighborhood and downtown Boston. The LEED Gold facility incorporates state-of-the-art, open collaborative work space that has become the new standard for city offices.

The development and programming of the Bolling Building was informed by community input, including feedback from the Dudley Vision Advisory Task Force, a committee of local businesses and residents that met regularly to ensure the building would benefit the surrounding neighborhood. The first two floors, including the spacious lobby, are open to the public. Retail spaces are occupied by locally-owned businesses and restaurants serving office workers and residents. The second floor innovation center offers programs that promote local entrepreneurship and economic development, providing “an on-ramp to Boston’s thriving innovation economy.” 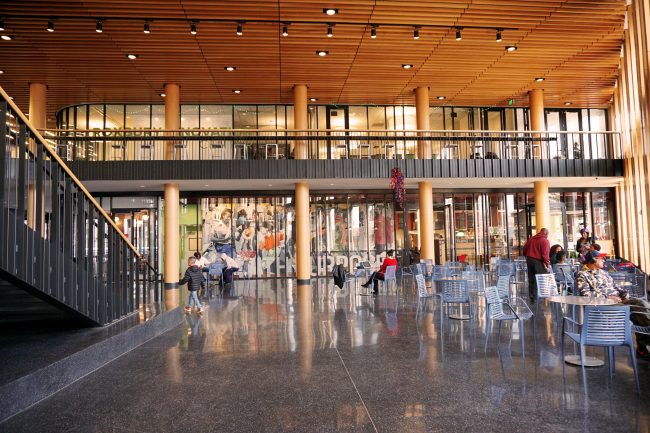 The ground floor lobby and restaurants are gathering spots for office workers, students, and the community.

The project complements other municipal investments in Dudley Square, including street and sidewalk improvements, a new police station, and a redesigned library, and private development plans have been approved for new mixed-use, residential, retail, and office development in the area, as well.

The Bolling Building has become a symbol of new neighborhood investment and civic pride in Boston, bringing 500 BPS employees to Roxbury on a daily basis. As the operators of Dudley Dough, one of the locally-owned restaurants within it observed: “With the building at the heart of Dudley, its activation during the day and night has sparked a light that had long since gone. Now, with events happening on different levels and spaces at the same time, it is a hub of activity and a symbol of community health.”

Next, we’ll head to the Midwest for our final site visit to Chicago Riverwalk. 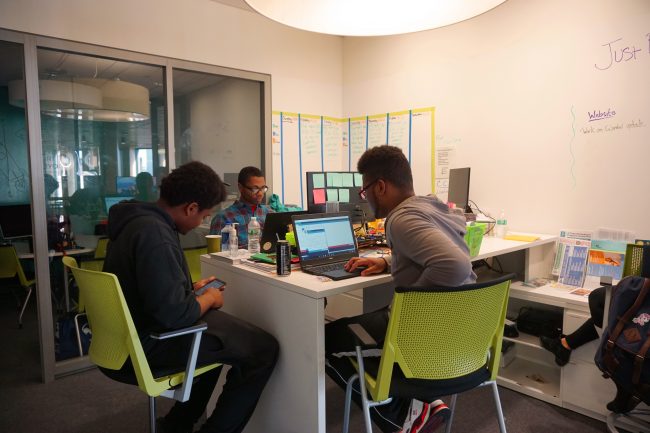