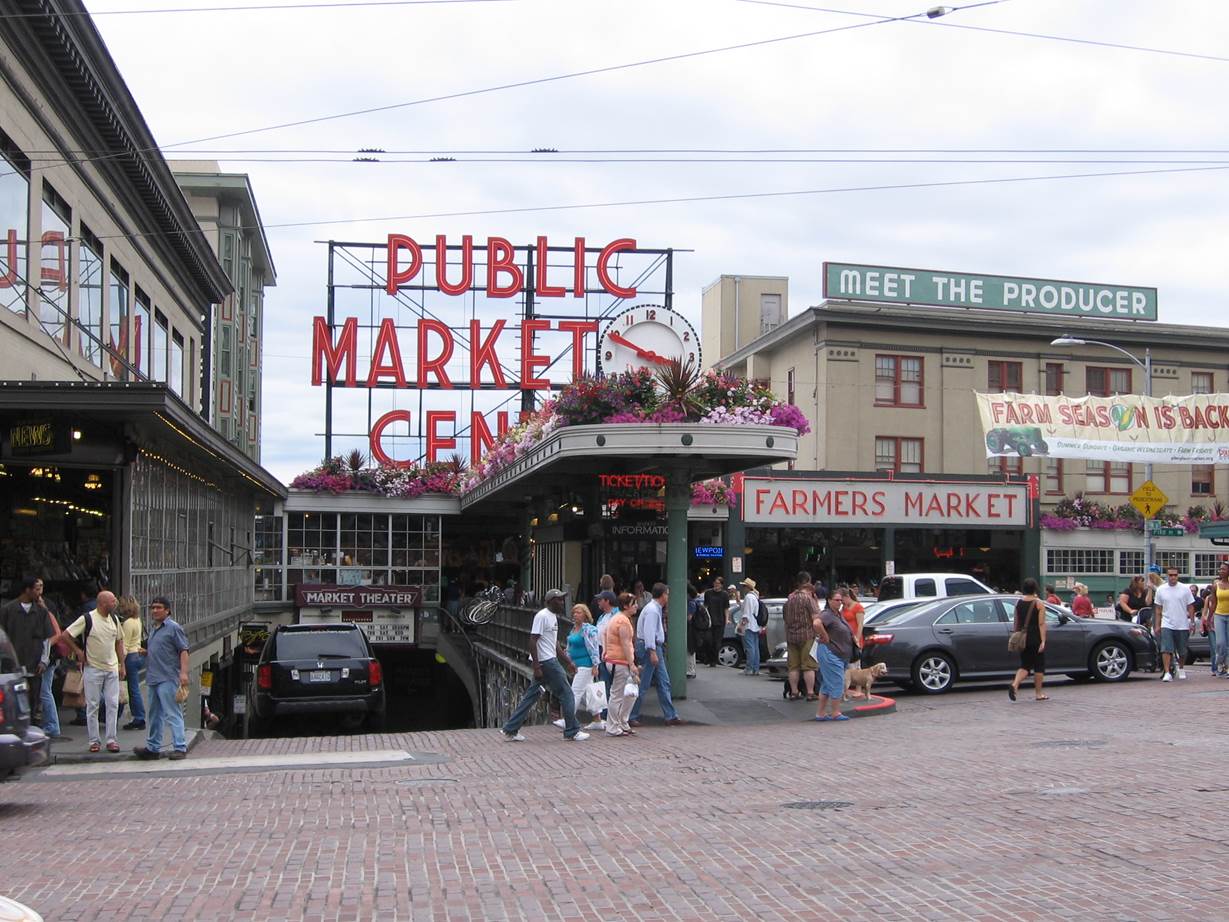 Public markets have long been a focus of community life, dating back to ancient Greece and Rome. They continue to play a vital role in urban development, appearing regularly among RBA winners since Pike Place Market received the inaugural Gold Medal in 1987.

The number of public markets in the US is growing, especially with today’s interest in fresh food and healthy living. “More than 300 new public markets have emerged since the renovation of Seattle’s Pike Place Market in the 1970s,” according to Aaron Zaretsky, founding principal of Public Market Development. He attributes this success to “their ability to reflect local culture and provide vital social space and common ground for shopping, entertainment.” According to the Open Air Market Network, markets make an “important contribution to neighborhoods and cities, bringing together diverse elements of downtown areas and allowing a place for community enterprises to grow and prosper.”

These five RBA winners provide a culinary tour that offers a taste of the role of markets and food in community building, small business incubation and job creation, and economic development.

In continuous operation since 1909 and long referred to as the “soul of Seattle,” Pike Place Market is much more than a market. In addition to providing access to the best of the region’s produce and specialty farm products, the nine-acre complex includes more than 500 units of rental housing, most of which are targeted to low- and moderate-income residents, as well as a children’s day care, a community health clinic, and neighborhood senior center. Its recently completed MarketFront expansion realizes a 40-year vision for the Market Historic District and offers additional vendor space, 40 units of low-income senior housing, a neighborhood center with expanded social services, and a new public plaza with spectacular views of Puget Sound.

Consistently rated among the top US farmers markets, New York City’s Greenmarket was founded in 1976 as part of an outdoor farmers market collective supporting the revitalization of Union Square. This seasonal market operates at different locations throughout the city, providing the opportunity for farmers to sell fresh, locally grown food directly to consumers. Operated by GrowNYC, the program has developed over the years to include more than 50 Greenmarkets and 15 Youthmarkets, and now offers fresh produce to underserved communities through its Fresh Food Box and wholesale buyers through Greenmarket Co.

Located in Oakland, CA, in one of America’s most ethnically diverse communities, Swan’s Market Place opened in 2000 as the focus of a broader economic development strategy to create a community gathering space and “establish a blend of artistic, cultural, and culinary traditions to serve Oakland’s diverse downtown.” Eight blighted, historic buildings were renovated to include a relocated landmark market, 20 market-rate co-housing and 18 affordable housing units, and commercial space for small businesses and nonprofits. The market focuses on serving people who live and work in the community, and many vendors are local entrepreneurs and first-time businesses. As the San Francisco Chronicle noted: “the most impressive part of Swan’s is the diversity—not just of the cuisine, but of the people behind the stands.”

Cooking and eating food have a way of drawing people together. Inspiration Kitchens—Garfield Park is an 80-seat restaurant offering fresh, healthy, and affordable meals in one of the poorest neighborhoods in Chicago. Operated by a nonprofit founded by a former Chicago police officer, its inviting, light-filled dining room offers food prepared by students participating in an award-winning food service training program. The restaurant’s tagline says it all: “dine well and do good.” As the RBA selection committee observed, it illustrates the power of “a place that brings people together around good food, job training, and a well-designed space.”