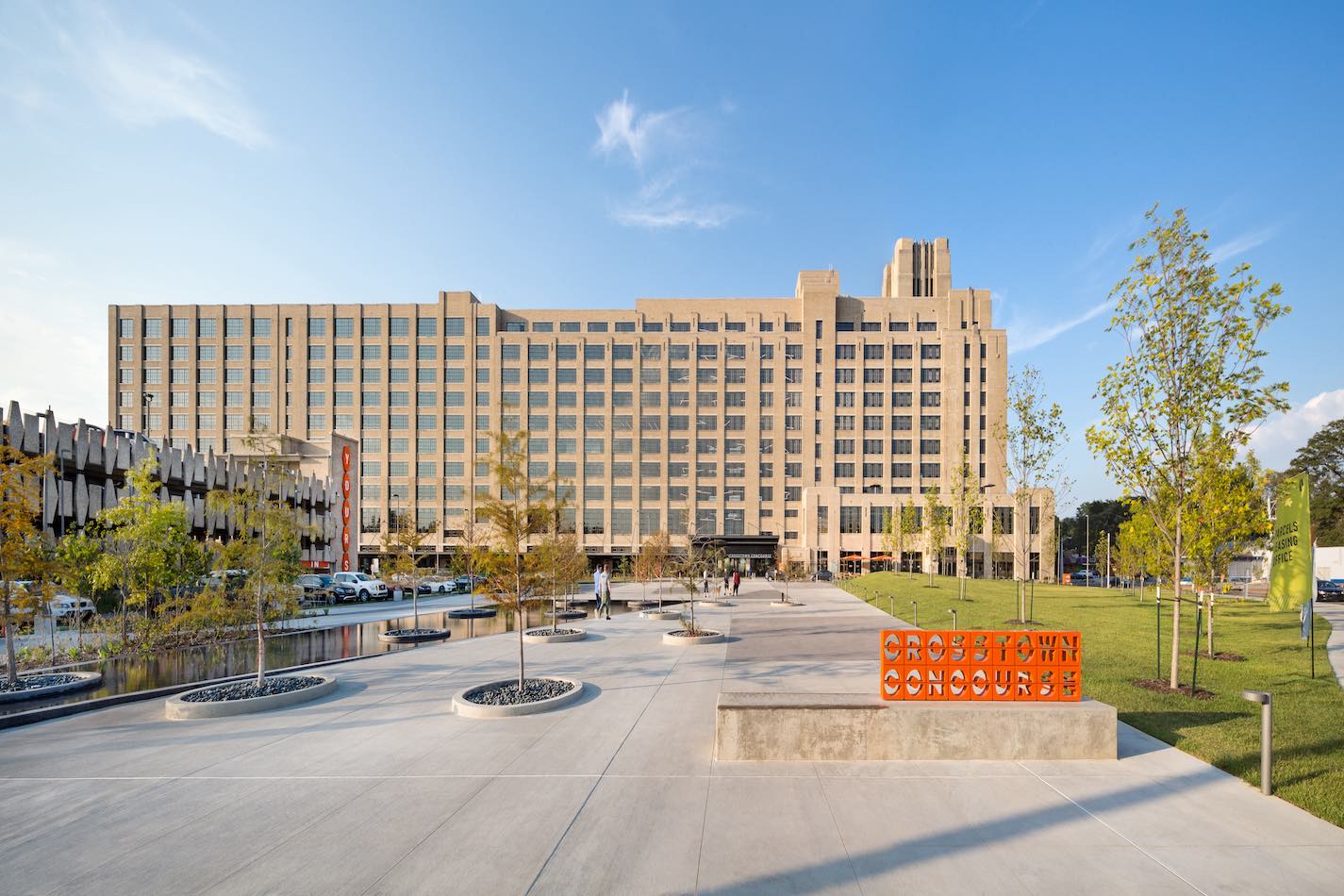 The biggest adaptive reuse initiative in Tennessee and the largest LEED Platinum Certified historic adaptive reuse project in the world, the $210 million complex was nearly a decade in the making.

Once home to Memphis’s leading employer, the 1.5-million-square-foot Sears Roebuck & Company was abandoned in 1993 and stood vacant for more than 20 years, despite being one of the city’s largest structures. Reopened in 2017 as Crosstown Concourse, the 16-acre complex is now a vibrant “beyond mixed use” community anchor; it includes housing, commercial and non-profit offices, as well as programming that includes arts and culture, restaurants and retail, health and wellness, and education. The biggest adaptive reuse initiative in Tennessee and the largest LEED Platinum Certified historic adaptive reuse project in the world, the $210 million complex was nearly a decade in the making.

In 2010, Todd Richardson, an art history professor, and Chris Minor, a video artist, founded Crosstown Arts, a nonprofit arts organization, to create a vision for the building’s redevelopment that would cultivate Memphis’s creative community through “an open an inclusive place designed to dissolve barriers to access.” Over the next three years, they engaged development partners in the community to explore the feasibility of their plan and enlisted seven other organizations as founding tenants, guided by the philosophy that they would be “better together.” The City of Memphis and Shelby County as well as financing from federal Historic and New Market Tax Credits provided additional support for the project’s realization.

On a massive project like this there are more red lights than green ones,” says former Memphis Mayor A.C. Wharton Jr. “This is why Sears Crosstown is not only ‘Exhibit A’ for rebuilding the core of our city, but also a model for how to creatively overcome the obstacles to it.