The five 2017 Rudy Bruner Award for Urban Excellence (RBA) medalists provide powerful examples of the ability of the public sector to lead, inspire, and invest in places.

2017 RBA Medalists such as SteelStacks Arts and Cultural Campus illustrate the transformative impact of government leadership and infrastructure investment.

As the US contemplates a potential ten-year, one trillion dollar infrastructure program, the five 2017 Rudy Bruner Award for Urban Excellence (RBA) medalists provide powerful examples of the ability of the public sector to lead, inspire, and invest in places. They illustrate how government investment in urban places builds and strengthens communities, catalyzes economic development, and inspires civic pride, ensuring equitable, healthy, and socio-economically vibrant cities.

The vital role of civic ambition, leadership, and investment was the big takeaway from the RBA selection committee’s meeting in Greenville, South Carolina (home to 2015 RBA Silver Medalist Falls Park on the Reedy), to determine the 2017 medalists. Visionary urban planning and public investment in infrastructure has long been a hallmark of progressive cities nationwide, and this year’s medalists advance this legacy in diverse and meaningful ways.

“Preserves the remnants of industrial history, demonstrating to people that their lives and work matter.” — RBA Selection Committee 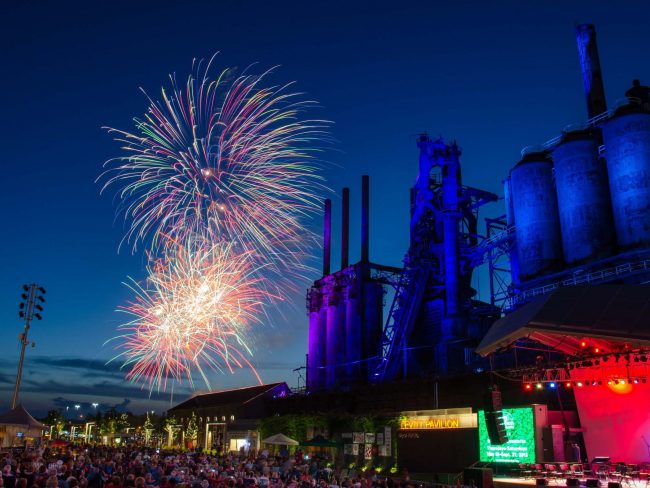 The transformation of the former Bethlehem Steel Mill into SteelStacks Arts and Cultural Campusprovides an inspiring model for other cities struggling to repurpose former industrial sites while honoring the people who helped to build them and underscores “the importance of seeing something positive come out of loss.” The site is now a twenty-first century civic commons that brings the community together for arts festivals and performances—nearly 5000 in 2016 alone. SteelStacks is a source of significant community pride and a catalyst for economic development, attracting new businesses, housing, and institutions including a national museum, community college, and charter high school for the arts. 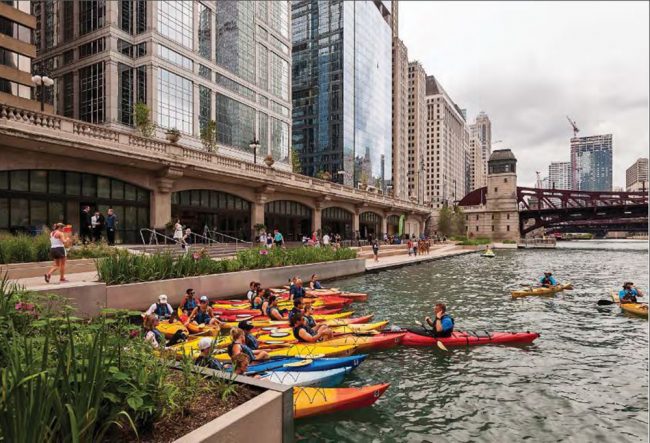 Ambition and aspiration have long been associated with the “Windy City’s” identity. The selection committee praised Chicago Riverwalk Phases 2 & 3 as an exceptional project that builds upon the 1909 Burnham Plan of Chicago. Like Millennium Park (2009 RBA Silver Medalist), it demonstrates Chicago’s “continued commitment to the tradition of civic investment in the public realm and excellence in infrastructure.” The new park has not only restored access to the river but also attracted new development, catalyzing private investment while extending and connecting the city’s growing network of parks and greenspaces.

“A different way for a city to participate in economic development.” — RBA Selection Committee 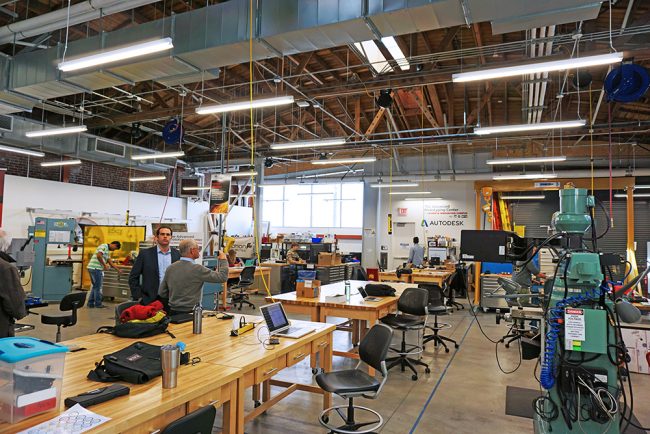 Civic leadership and investment can also help to redefine a community’s identity. La Kretz Innovation Campus and Arts District Park was created to position the City of Los Angeles as a cleantech industry leader and sustainable urban center. Including a clean tech incubator, education center, and neighborhood park promoting the city’s green economy, the complex is a public-private collaboration between the city and a consortium of local research institutions and businesses. The project, developed by Los Angeles Department of Water and Power, the nation’s largest public utility, illustrates how the integration of infrastructure with a broader vision and community goals can spark transformative change. 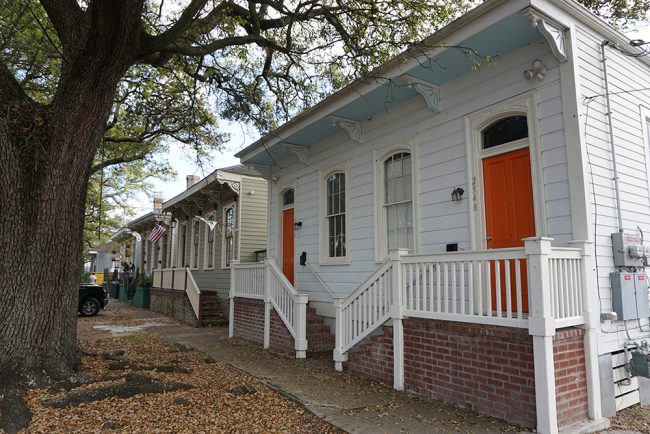 New Orleans’ Iberville Offsite Rehabs I & II offer a model to “push the [housing] conversation” forward in cities with underutilized, older housing stock, like Baltimore, Detroit, and Newark. The project illustrates the value of preserving aging homes and the distinctive architectural character of neighborhoods that make so many American cities unique. Similar projects have contributed to the resurgence of the South End of Boston and Old City in Philadelphia. Today, increasing the supply of affordable housing in the US while reducing energy costs through sustainable design is critical to maintaining cultural and economic urban diversity, especially in the face of increasing housing costs in rapidly changing markets. 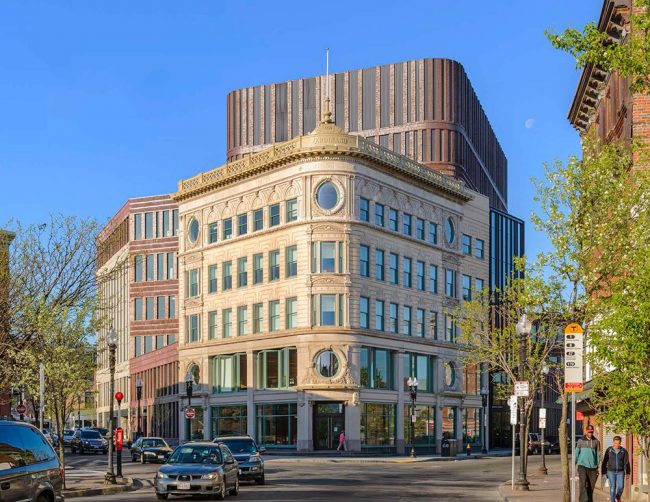 The Bruce C. Bolling Municipal Building in Boston illustrates how public facilities and projects can embrace and engage community in their development, design, and use. The project reclaimed the center of Dudley Square, bringing new energy and light into the heart of one of Boston’s oldest and most diverse neighborhoods and catalyzing additional development. Integrating community meeting space, retail, transit, and the Boston Public School (BPS) headquarters, it offers an inspiring model for a twenty-first century municipal building for cities across America.

While very different in scale and use, all five medalists offer inspiring models of how municipalities tapped local, state, and federal programs to make investments in urban infrastructure. They created places that bring people together, promote inclusivity and access, foster creativity and innovation, and lift the human spirit. Collectively, they illustrate how government investment in physical places builds and strengthens communities, catalyzes economic development, and inspires civic pride—in other words, how we, together, can create truly great American cities.

If you liked this article, you may also enjoy: “Rudy Bruner Award Names 2015 Finalists.” 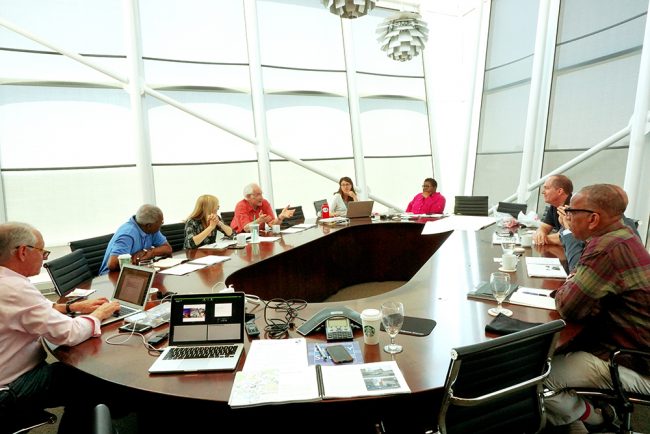