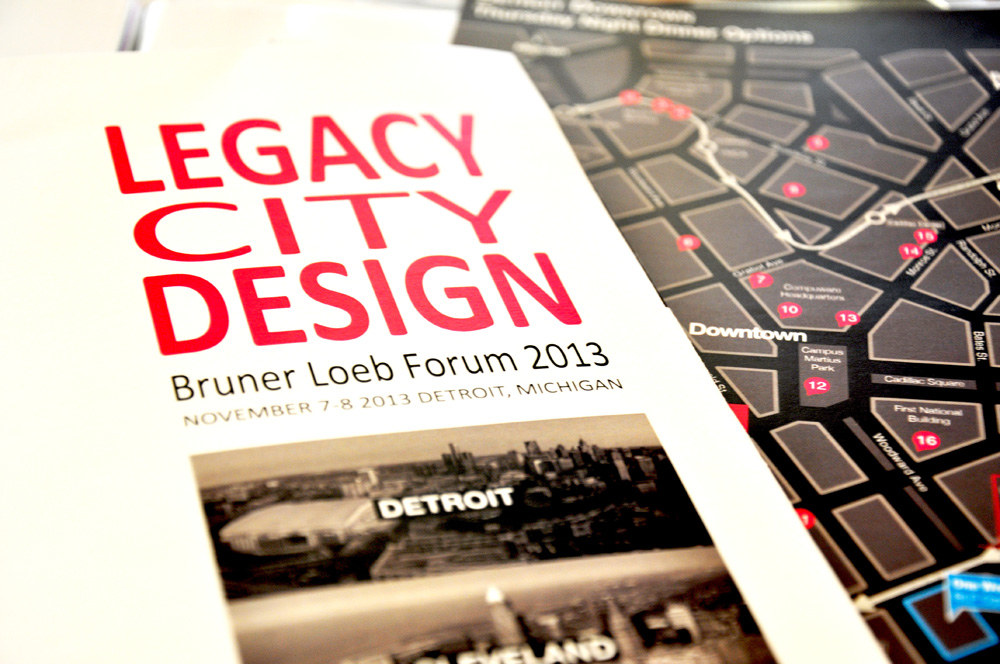 The Bruner Loeb Forum was created by the Rudy Bruner Award and the Harvard Loeb Fellowship to advance creative thinking about urban placemaking. Hosted in partnership with local organizations working in cities across the United States, the forums brought together practitioners working in different fields for candid conversations about real world opportunities and challenges.

Eighteen forums took place between 2002 and 2014, each framed around a specific issue or question posed by the host organization. Each one- to two-day event included presentations, tours, and energetic discussion and exchanges of ideas, with the goal of sharing resources, fostering dialogue, and generating ideas that could be applied by people working on the ground in the community and elsewhere in America.

The following archive includes brief descriptions of each forum along with links to partner organizations and program content.

THE ART OF PLACEMAKING in Chicago, IL—November 2012
with Rebuild Foundation and University of Chicago Office of Civic Engagement

CITY AS A STAGE in Los Angeles, CA—2010
with the Dorothy Chandler Pavilion Music Center

URBAN ADAPTABILITY in New Orleans, LA—April 2009
with the Tulane School of Architecture

ANCHOR INSTITUTIONS in Memphis, TN—May 2008
with the University of Memphis, Memphis College of Art, and Urban Land Institute Memphis.

BUILDING THE BEST OF BIRMINGHAM in Birmingham, AL—February 2008
with the Birmingham Museum of Art

LEARNING FROM PROJECT ROW HOUSES in Cambridge, MA—November 2007
with Harvard Carpenter Center for the Visual Arts

SENATE BILL 100: ITS PAST, PRESENT AND FUTURE in Portland, OR—June 2005
with the Oregon Business Association

PLACEMAKING FOR CHANGE in Charlottesville, VA—November 2005
with the University of Virginia, School of Architecture and Harvard Carpenter Center for the Visual Arts

TRANSFORMING COMMUNITY THROUGH THE ARTS in Chicago, IL—November 2003
with the Chicago Cultural Center

TRANSFORMING COMMUNITY THROUGH THE ARTS in Los Angeles, CA—June 2003
with the Getty Center

TRANSFORMING COMMUNITY THROUGH THE ARTS in Cambridge, MA—November 2002
with the Harvard Graduate School of Design