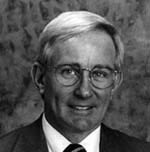 Tom Murphy, ULI Canizaro/Klingbeil Families Chair for Urban Development, has been a senior resident fellow at the Urban Land Institute since 2006. He served as the Mayor of Pittsburgh from 1994-2006.  In his first three years in office he tackled issues including downtown revitalization, industrial site re-use, neighborhood development and the transformation of riverfronts.