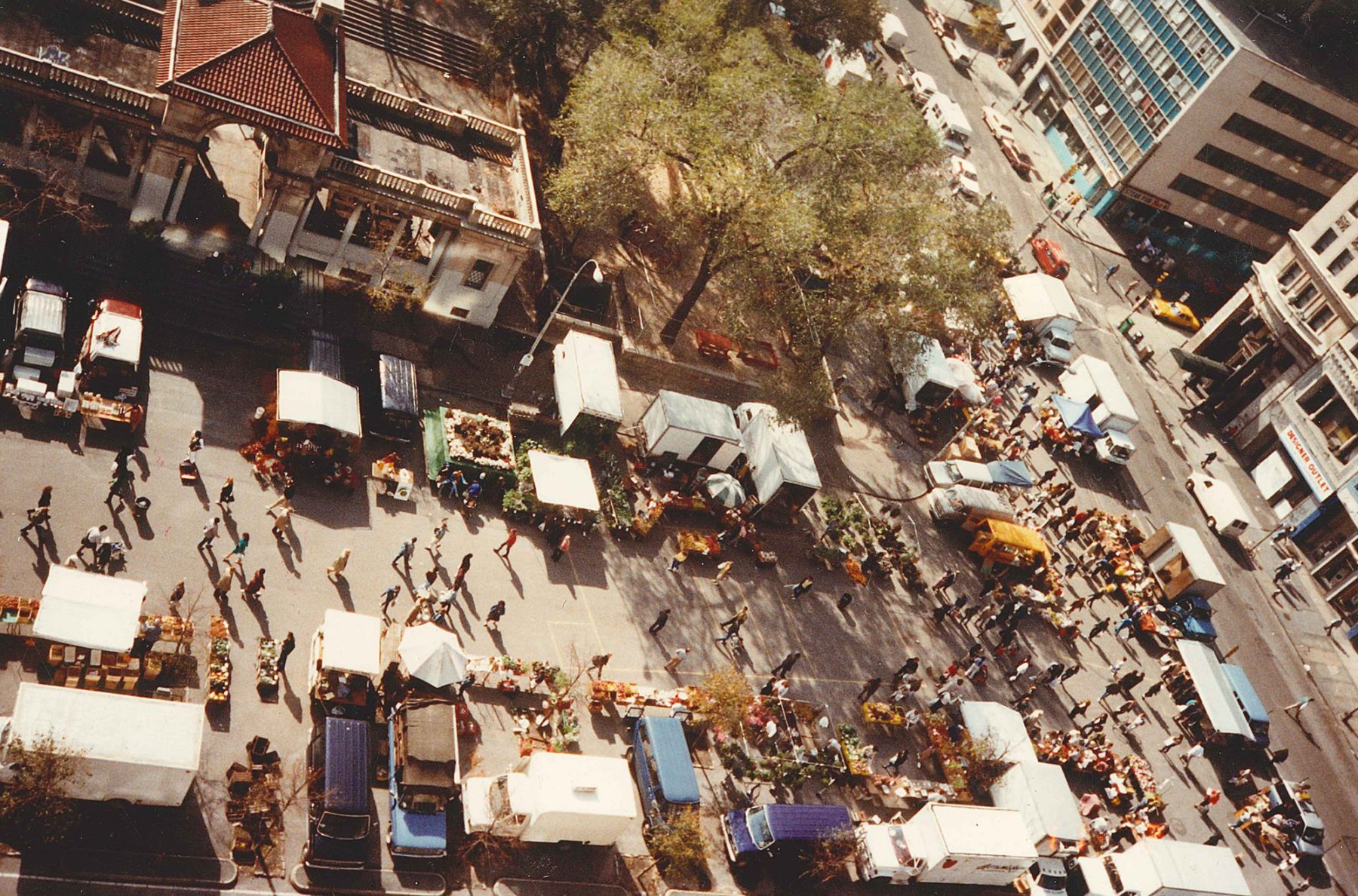 Image by the Council of the Environment of New York City

Greenmarket is a coalition of outdoor farmers markets bringing fresh, affordable food to New York City and supporting the revitalization of Union Square. The seasonal markets operate between one to three days a week at 18 different locations throughout the city to provide residents with inexpensive, high-quality products and produce from local family-owned farms. Greenmarket has also significantly contributed to improvements in and around Union Square Park, its largest and most successful market site.

Greenmarket provides a tangible economic and personal link between the rural agricultural area around New York City and many of the city’s inhabitants so they may have meaningful interactions.

The market program was launched by the New York Council on the Environment with support from the New York City Departments of Parks and Recreation and Transportation as a way to connect local consumers with locally grown fresh produce, support and sustain small farms, and encourage farmland preservation in nearby rural areas. A coupon program helps low-income residents enjoy market offerings, and some sites operate year-round.