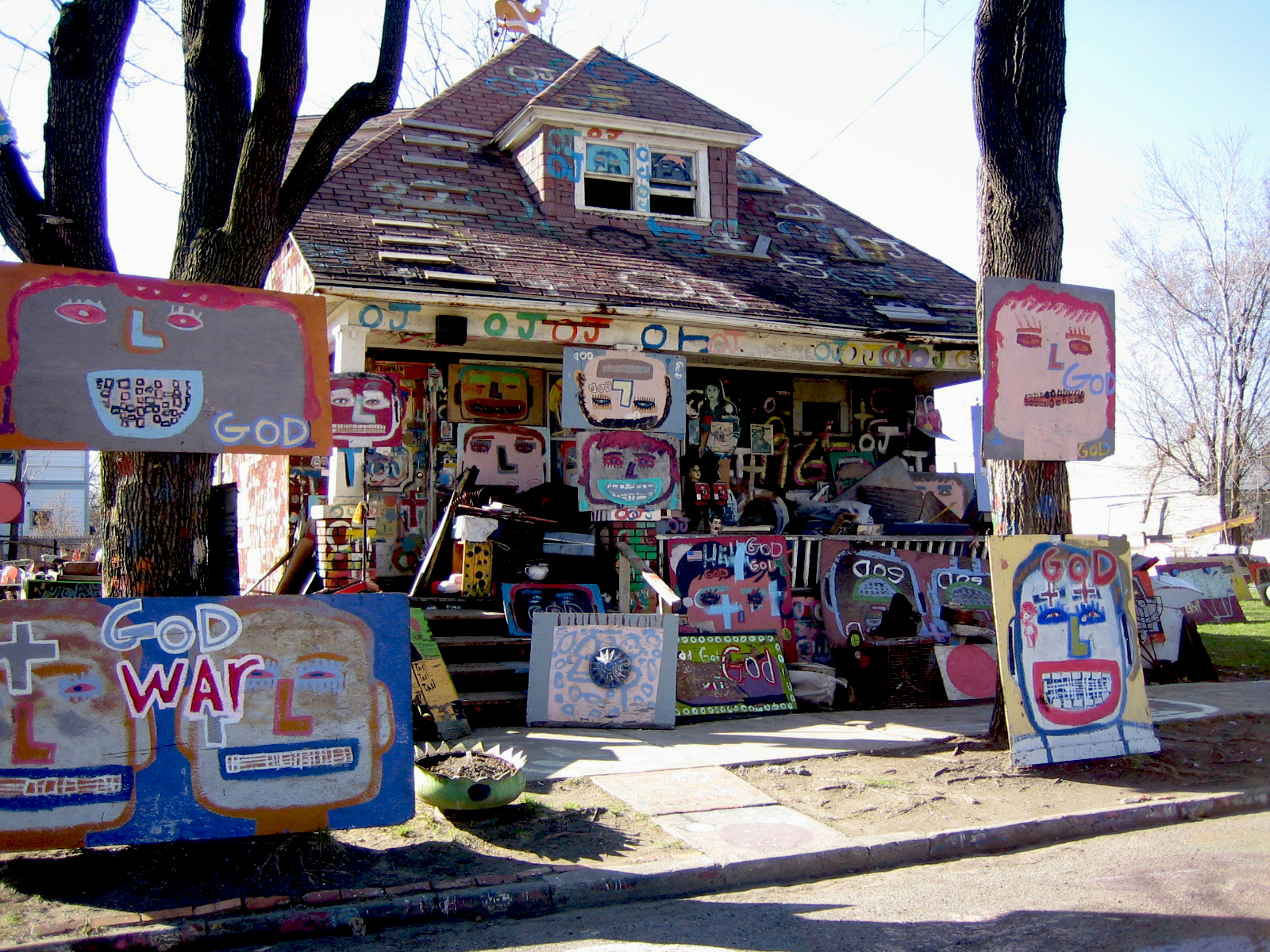 Detroit’s Heidelberg Project is a series of open air art installations using art to inspire community change and revitalize an endangered east side neighborhood. The project’s mission is to build bridges between groups of people and to heal individuals and communities through the creative process while beautifying and preserving the community. The project includes a variety of art works, three art education programs, and space for a visiting artist.  Despite partial demolition by the city on two occasions, the rebuilt Heidelberg Project is now an award-winning site and the third largest tourist destination in Detroit, attracting a diverse group of visitors from around the world.

The Heidelberg Project celebrates hope in face of despair, models the transformative powers of art in the urban environment, and puts forward a new vision of urban space.

Excellent design and aesthetics are top priorities of the project, which aims to save the neighborhood from abandonment by helping renovate the predominately low-income community. The project serves as a symbol of hope in the face of the despair that often accompanies blighted communities. It demonstrates the impact that one inspired artist can have on an entire city and the transformative power of his art, which punctuates the urban landscape with an element of surprise and offers an innovative model for transforming blighted communities.