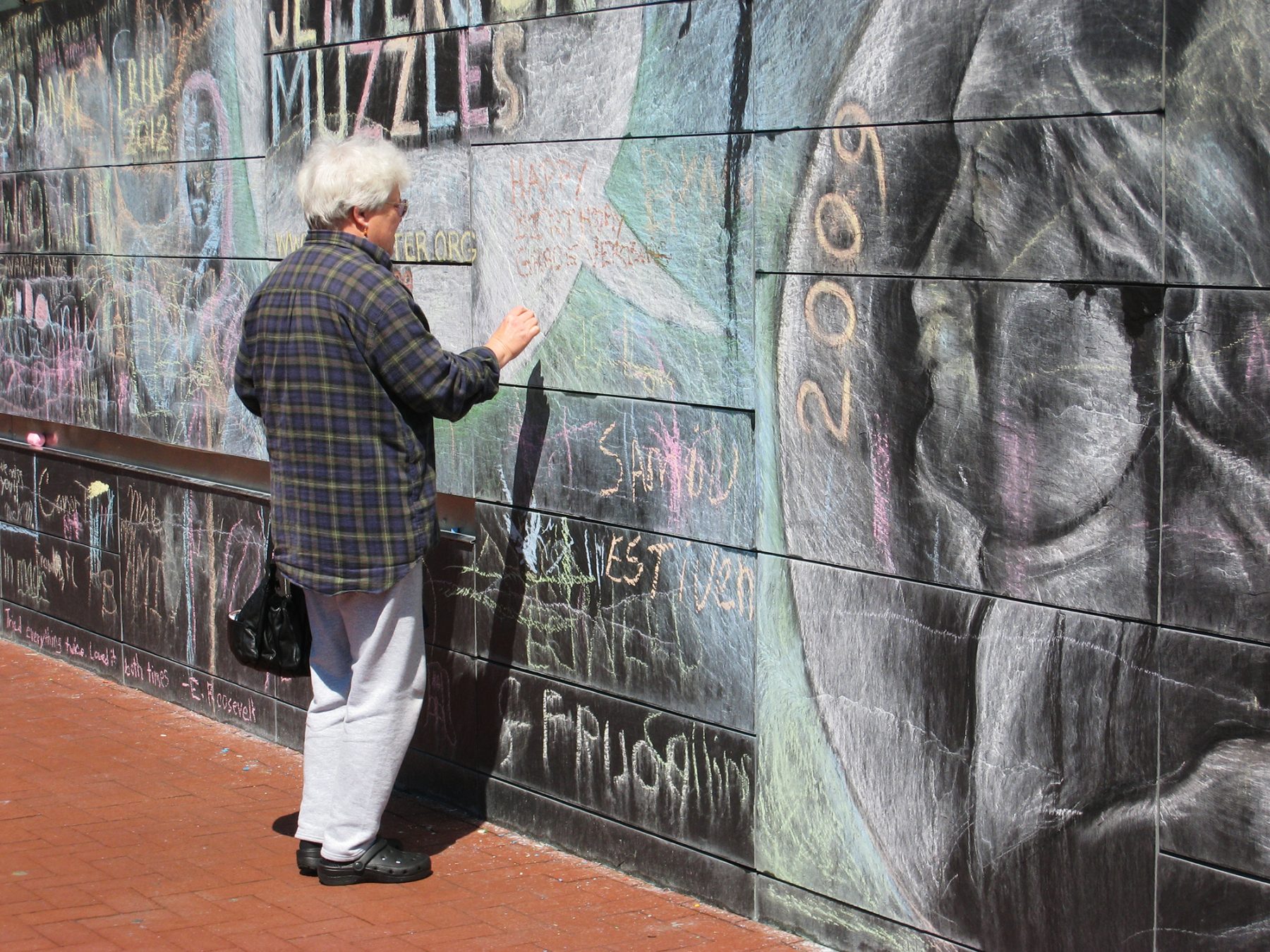 The Community Chalkboard and Podium

An interactive and accessible monument to free expression

Charlottesville, Virginia’s Community Chalkboard and Podium is an interactive monument to the First Amendment inviting visitors to publicly express their views. The Chalkboard is composed of two sections of double-sided locally mined Buckingham slate 7.5’ tall and 54’ in total length on which the public may share ideas and opinions on any subject they choose in chalk. Nearby is a podium to mimic a contemporary soapbox from which visitors can address any issue. The installation is completely interactive and available for use all hours of the day without restriction. Located in a public plaza at the end of a downtown mall in front of City Hall, the monument has become a site for public meetings, political rallies, and displays of civil disobedience.

For the Community Chalkboard and Podium, the ‘process is the product’ in that the public debate generated by the private proposal was the very theme the monument was intended to encourage.

The monument’s impact began in the planning process. The city’s Thomas Jefferson Center, a nonprofit dedicated to preserving free speech, proposed a monument and suggested a design competition be held, with local citizens making up the selection committee. The proposed chalkboard design sparked intense debate that demonstrated the importance of the project to the community. The monument is a focal point that enlivens the plaza and promotes self-expression, encourages dialogue, and strengthens community.